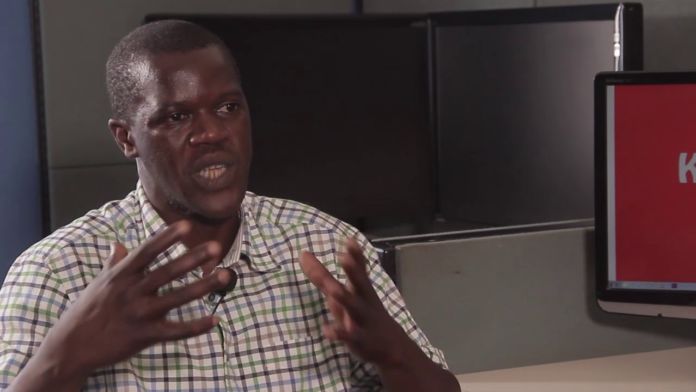 Madi Jobarteh has slammed the Gambia government over the arrest of four journalists amid violent protests that erupted in the country on Sunday.

Three Years Jotna protesters clashed with police on Sunday resulting in the arrest of at least 130 people. The protest also saw the arrest of four journalists while two radio stations were closed by the government.

The Gambia government in a statement accused the journalists and the two radio stations of violating their licenses.

“Government notes with concern that the two FM stations have demonstrated notoriety for peddling incendiary messages and allowed their media to be used as platforms for inciting violence, fear-mongering and live broadcasts urging Gambians to join Jotna demonstrators all calculated to threaten the security and safety of The Gambia.

“Meanwhile, Pa Modou Bojang, the Proprietor of Brikama-based Home Digital Fm and Mr. Gibbi Jallow, the Manager of King FM are helping the Police in their investigations. The Gambia Government urges all citizens and members of the public to stay away from these stations,” the government said in a statement read on GRTS.

Madi Jobarteh has reacted to the government’s treatment of journalists calling on the GPU to act.

He said: “The arrests of journalists and closure of media houses is an affront to all Gambians and our Constitution. It is dictatorial tendency that we saw in the past that must not be allowed to repeat itself.

“GPU needs to go to ECOWAS Court! The incidence of attacks on journalists and the media in general is increasing in The Gambia yet no accountability is done. This will further weaken the media making it unable to defend itself. High time GPU takes the strongest path to accountability!

“GPU must issue a strong statement right now to condemn these arrests and demand their unconditional release. No journalist should be arrested or media house closed down for its coverage when the Government have the liberty and the ability to respond to what it does not like. The police have no authority to arrest any journalist or close down any media house on account of its reportage!

“GPU must not allow arrested journalists to spend the night in police custody as if they stole or looted or raped or physically assaulted or killed anyone! Rights have to be defended otherwise they will be snatched away by oppressors!”