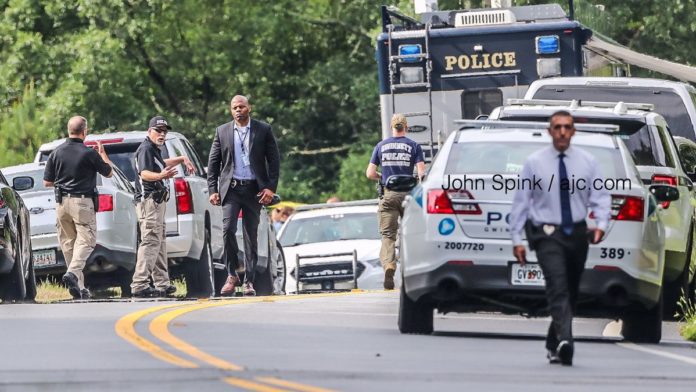 We are deeply saddened at the news of the shooting to death of a Gambian youth Momodou Lamin Sisay today by the US Police even as we continue to grieve the senseless, deliberate and racist murder of George Floyd by the same US Police. As usual the US Police has come up with their narrative that they came under fire from Momodou and so in the exchange our boy was killed. False!

I reject this narrative 100% which is nothing but the same typical pattern of fabrications that the US Police are notorious of spreading anytime they kill Africans. Once again they victimize the victim! For that matter we demand the release of the police videos to show exactly what happened to Momodou.

At this moment, Gambian activists in the United States are actively engaged on this matter. They are seeking the support of lawyers to ask the courts to make the police release their videos publicly as well as have human rights organizations raise the issue across the nation.

In the Gambia let us raise the issue as well. Let us demand the Gambia Government to summon the Ambassador of the United States to State House to make it clear to him in no uncertain terms the painful grieve and deep concern of the people and Government of the Gambia for the killing of Momodou.

Furthermore, let us make our political parties to speak up. America is NOT the Almighty. Let us reject that sense of helplessness and small and poor nation mentality that America is a huge and invincible super power that we cannot do anything about. Let all political parties in Africa begin to act like governments and leaders and take a proactive and definitive stance on fundamental issues affecting African lives across the world.

Let all governments in Africa stand up and speak with one voice that the blatant, indiscriminately and racist attack on our kith and kin in the United States will never go unnoticed and unchecked.

In the name of Kunta Kinteh and Olaudah Equiano and millions of our ancestors of blessed memory who were forcefully removed from Africa to be enslaved in the Americas, let us defend our brothers and sisters in South American, Latin America, Mexico, United States and Canada. We have a duty to stand for them!

Finally, be informed that there are efforts being planned right now to stage a peaceful protest against US Police Brutality against Blacks in America in front of the US Embassy on Kairaba Avenue. You shall be informed as we gather news and progress.

Stand up for the rights and dignity of your people. Today!