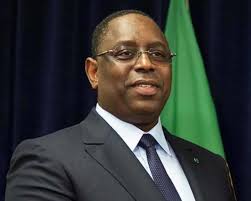 President Macky Sall of Senegal might not have been in power for long but his performance after six years has been quite impressive. Thanks to his many achievements, Senegal now has been positioned as one of the largest economies in the region. Below is a list of 20 key achievements of the hard-working head of state.

Provides free access to health services to children under five. As many as 2.5 million Senegalese children will benefit from this measure that aims at accelerating reduction in child mortality by 2015, particularly for the poorest.

He eased the issue greatly by investing heavily and smartly in the sectors. The KeurMomarSarr KMS 3 water plant number three and the seawater desalination plant in Mamelles will provide a sustainable solution to the problem of Dakar’s drinking water supply.

Macky Sall has placed renewable energy high on his list of national goals, and four solar plants have come online in the last two years with the percentage of citizens using clean energy in rising at an astounding pace from about 10% to over 21% in less than two years.

To strengthen the power of Senegalese women, he modified the code of nationality, for women to be given the same rights as men, in order for them to transfer their nationality to their spouses and children).

Two years after being President, he spearheaded a new law mandating across-the-board rent reductions and has continues to support low income housing projects. 40,000 social houses will be in Diamniadio, which will facilitate access to the property real estate to general population.

Provides rural electrification and water supply in the most remote of areas of Senegal. From 2012 to 2016, 140 boreholes per year has been drilled; which is unprecedented. This program was inspired by the hardships he saw first-hand when he toured the depths of the country. That promise has been mostly delivered.

Supports young people in particular in the agriculture field. The program will create more than 300,000 jobs in the next five years. The aquaculture, poultry and agricultural activities and the value chain of processing and marketing will develop and allow for the creation of real economic centers.

A President for all

He is the most traveled President within Senegal. Went and goes to the most remote places and focuses on rural areas with his many programs such as, PUDC and PRODAC.

Aim is to decentralize Dakar by building the most modern urban center in Senegal. The biggest project of the Plan Senegal Emergent (PSE), which aims to thrust Senegal onto the road to development by 2035. All of Senegal’s Presidents since independence aspired to build a new city but never did. Macky Sall is the one who did it.

Under construction light rail that will ultimately connect Dakar with the Blaise Diagne International Airport. To be running early 2019).

A newly built highway leading to Touba, one of the most biggest cities in Senegal, that will allow for the building of an interconnected network on the whole territory to create a dynamics of economic business, economic potentialities and facilitating the access of the populations to basic social services. Also opens region to the sub-regional market.

Senegalese in the diaspora are now represented.

A Senegalese special purpose vehicle set up to undertake the design, building and operation of a multi-commodity dry and liquid bulk port in Bargny-Sendou.

He launched in October 2018. The goal of INPG is to shape and train future indigenoeus leaders in the petroleum industry, while creating a technical workforce that can compete on a global scale. INPG will develop the potential of Senegal’s youth, which has been left out of scientific matters for too long. They will tackle the most challenging issues of the petroleum industry. This in all line with the President’s passion of harnessing local skills and to make Senegal an energy hub. Senegal starts oil and gas production in 2021 / 2022.

Launched in November 2018, its goal is to strengthen West Africa’s defenses against computer hackers and use of the internet for terror funding and propaganda. It will provide training in combating cyber-crime for the security services, judiciary and private enterprises. Backed by France, it will have a “regional vocational role” in helping other countries in West Africa. ENVR was proposed at the 2017 security conference in Senegal and it will initially be based in Dakar at the National School of Administration (ENA) before moving to Diamnadio.

He revived Air Senegal in 2018 and the carrier has since taken off.

Inauguration of six new pavilions at the Université Sheikh Anta Diop of Dakar. The capacity of the UCAD thus passes to 10,876 beds, which is twice what was realized since independence over 50 years ago.

Senegal is the first African country to host an Olympic event.