On Loving Kindness: A TRIBUTE To The Late Abdoulie Dibba 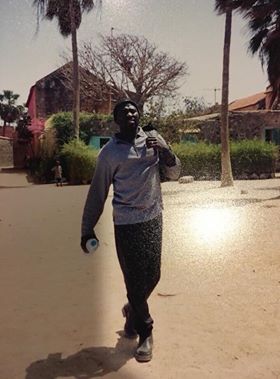 The immortal words of the bard of Avon, William Shakespeare, suffice for solace in the matter of our inevitable ultimate call, death. Indeed Shakespeare is right, as he penned in Hamlet: “There’s a special providence in the fall of a sparrow. If it be now, ’tis not to come. If it be not to come, it will be now. If it be not now, yet it will come—the readiness is all.”

The late Abdoulie is my cousin, his mother being a younger maternal sibling of my late father. Being much older than me and having lived abroad for many years, I did not know much about him until recently when he returned home. He would occasionally visit and hold long conversations with me and my wife, Jai. And he had more chats with Jai than me but everytime he visited in my absence and Jai narrated the content of their discussion, I was impressed by Abdoulie’s sense of love and compassion for both humans and animals.

He would give detailed narrations of horses he had been handling when he worked in America, handling prime race horses. But Abdoulie did not work with horses for the mere accumulation of money. His passion for animal husbandry was inborn. It is a habit he nurtured from his early childhood in Farafenni.

Abdoulie also had a deep sense of civic responsibility; he was a significant force in the last Presidential campaign as he rallied voters in the North Bank region in favour of the coalition. Even when he was advised to take it easy for fear of reprisals from the incumbent, Abdoulie never relented.

When the political impasse was finally resolved and calm returned to Banjul, he came to visit me. We had a good chat and he shared his experience during the past campaign. I was impressed. He asked me to work on a project which I started, only to halt it after a few weeks. I had just taken up the task again to complete it as he suggested when a call came through to announce his demise.

I rushed to Farafenni to attend his funeral and the testimonies I heard about the love and compassion demonstrated by the late brother was unrivaled by any I ever heard. The imam spoke about Abdoulie’s devotion to prayers and his bond with animals, specifically narrated how the deceased took care of a little donkey that lost its mother through a car accident; he personally took care of and nurtured the foal to maturity and the foal became so close to him that even if Abdoulie was going to the mosque to pray it would follow him. He narrated how emotional it was to see the foal jump on Abdoulie as if to hug him.

As I listened to this and many other testimonies to the kindness of Abdoulie and the love and respect he showed his relatives, especially the elderly ones, who he regularly visited in nearby towns and villages, my sadness melted into appreciation of a life well-lived.

There are several narrations of the heavenly rewards of showing loving kindness to people, especially relatives in the Islamic tradition. And there is a specific narrative from the prophetic tradition that a man went to hell fire because of cruelty he meted out to a cat and another was sent o heaven for giving water to a thirsty dog. All these thoughts reinforced my faith that the departed would did live a life worthy of emulation. And as Shakespeare rightly observed, what is to be will be; so all that is important is “the readiness”!

As I bid my brotherhood farewell at the cemetery in Farafenni, another set of lines of the great William Shakespeare come to mind: “Nor shall Death brag thou wander’st in his shade / When in eternal lines to time thou growest.”

The power of words/poems could immortalise people. So to his eternal memory I penned:

Gone into the soft winds

You lived a life spiritually high

Served love from far and nigh

You were a torch in our night

To The Merciful Lord I  cry

To lift you higher in heavenly light

Adorn your abode with lovely stars

Remove all past worldly scars

Keep you in the company of the saintly stars