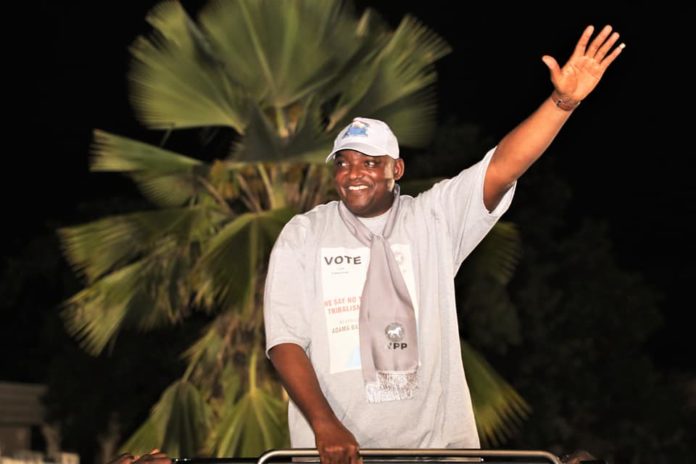 President Adama Barrow has called on the nation’s opposition leaders to join him if they have the same message as him.

President Adama Barrow was speaking at a meeting in Jara Sutukung, Sasita Village and Soma on Friday where he made these remarks.

“Our message to Gambians is very clear and we always preach peace in all our gatherings,” he said. “If what the opposition leaders are saying is really in them, then why not they join my party. Peace is our concern and we must embrace the peace we have in the country.”

The president assured Gambians more democracy and development if re-elected in December.

“I am a different politician. My mission is to develop this country and make it like Dubai in few years. I will work tirelessly to re-unite the people of this land because we have been divided in many years. Let’s work hard and minimize the talk,” he said.

President Adama Barrow made a brief stop at Sutukung before reaching the venue where he observed Friday prayers and later met religious leaders at the village.