LAMIN NJIE – OPINION: UDP has been busy on all fronts. From going to court to tackling fake news to disowning its supporters, this party looks out-of-sorts 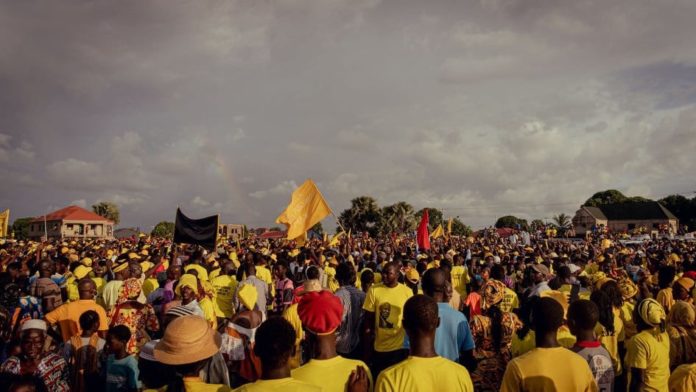 UDP is looking really out-of-sorts following its brutal humbling by President Barrow 10 days ago. The party is having a bad day.

It’s actually not a dream. UDP has indeed lost this election. And they have done so in so much ignominy, it’s hard to believe.

If UDP had taken my advice back in April, maybe the story would have been different. Maybe supporters of this party would not be in so much pain today. They could have even been celebrating.

In my OpEd in April, my argument was that two things were dangerously working against UDP. They were the incumbency advantage President Barrow had and the issue of supporters of UDP alienating the party by way of insulting and attacking anyone who doesn’t support the party.

When I predicted that UDP was losing this election, I did so without any malice or hatred towards the party. In fact I did so out of love. I wanted this party to get a good strategy, one that could hand them State House. The one they were operating by was bad. They were arrogant and called me names. They have now paid a heavy price.

We have now all seen what now remains of the party. From trying to reject the election result to tackling fake news to even disowning its supporters who are yet to learn their lesson in terms of their bad behavior towards others, UDP looks really out-of-sorts.

With the party filing a petition in court and all of that, an old man I gave a ride this morning told me you don’t kill a chicken without it writhing around. This is exactly what is happening to UDP right now.

May Allah make it easy for them. At least UDP is family home to me as my entire family is UDP and they too are in so much pain.

Maybe UDP can someday recover from this. Maybe they need to sack their current leaders for failing them so bad. Or maybe they even need to scrap the party and form a new one. Time will surely tell.