LAMIN NJIE – OPINION: Crowd is the most important thing in this election… Any leader who says it’s not has just given in even before the race could start 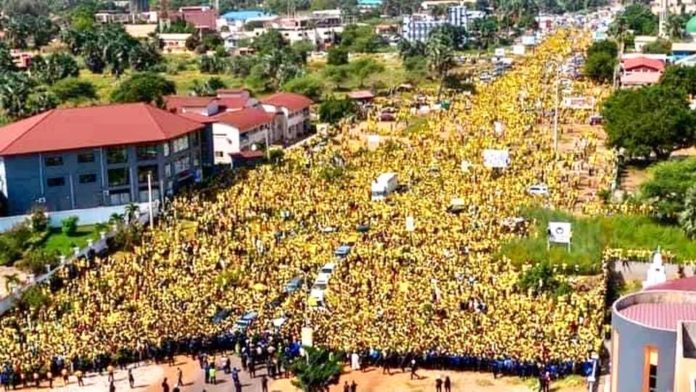 The also-rans in this election is becoming clear. It’s only a matter of time before they’re honest with themselves and coming out to tell citizens they do not have what it takes to compete in this heavyweight contest. It’s also only a matter of time before we learn the handful of contenders in a race that would go down in history as initially boasting of 26 candidates.

Nomination for president is underway with 18 candidates so far presenting their certificates and IDs to officials of the Independent Electoral Commission for vetting. The problem is some have already started conceding even before the race could even start.

I have been at Election House every day since nomination began on Saturday and I can tell you some of these leaders are in this for the buzz. Coming to present your nomination papers with just your taxi driver or five supporters is scandalous. And that’s me being kind.

UDP did well on Monday in terms of crowd. They showed they mean business in terms of the number of people I have seen. Crowd is what makes one win an election. And no wonder Mr Darboe confidently declared that change is coming.

It’s laughable and ridiculous for a leader to dismiss the role of crowd in this election. I repeat: crowd is what makes one win an election. Any leader who says otherwise is fooling no one but himself.

So far, it’s UDP who have made a strong statement intent. President Barrow will be at the IEC on Thursday. He will be looking to answer UDP in kind. This election is surely not for the unpopular and the supporter-less.