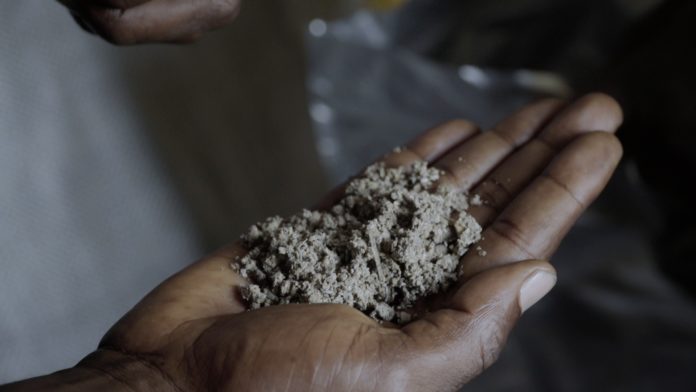 BBC Africa Eye reveals how a powerful, illegal street drug called Kush is running rampant and having a devastating effect on the youth of Sierra Leone. Young people are suffering mental health problems, harming themselves and others and even taking their own lives.

The drug, plant matter mixed with psychoactive chemicals, has become king on the streets, pushing out other more expensive illegal highs like Tramadol.

One Kush dealer told BBC Africa Eye: “Now, in Freetown… Kush is the order of the day. They call it Mr More. The more I have it the more I need it.”

Police are battling to win the war against the drug. Head of SWATT team at Sierra Leone Police’s Transnational Organized Crime Unit, Andrew Ronko told Africa Eye:  “It is wide into the nook and cranny of Sierra Leone, it is not just the city. Tramadol is not even a threat now. Every other youth in the ghetto have fallen in love with Kush. It is really a threat.”

BBC Africa Eye Reporter, Tyson Conteh investigates why Kush is taking a hold in Sierra Leone. He discovers desperate Kush addicts selling sex to get money to buy the drug and others searching through raw sewage to find things to sell to feed their Kush habit.

Sierra Leone’s one psychiatric hospital is feeling the impact. Last year a new drug rehab ward was opened and its beds have been filled by Kush victims. Kush accounts for 90 per cent of male patients. There are women patients too. One woman said: “I sold Kush and smoked it.  I thought people wanted to kill me, and that the devil that was after me and I would be sacrificed.”

When Kush first arrived in Sierra Leone from abroad it was known as K2. The Kush dealer described the effect of smoking a Kush mixture called Red Light:

“When I smoked it, eight people held me down. If they had not, I would have murdered someone.”

“When people want the next ‘hot’ thing, these ‘chemist boys’ mix all sorts of stuff just to ** your head up.” With ever more unpredictable Kush cocktails on the market, even the dealer is calling for the Kush trade to be smashed up by authorities.

“They need to destroy all the cartels. I want the world to know we are suffering from this stuff.” Despite recent raids by the police, Kush is proving hard to stamp out because it can be made with so many different ingredients.

Ibrahim Kargbo, known to everyone as PRO, is the public relations officer for the National Drug Enforcement Agency. As a former police officer, PRO believes Kush cannot be tackled through law enforcement alone. He is on a mission to raise awareness of the dangers of Kush and runs sessions to help users kick the habit which is having some success. He says: “If all of us can stand up together and say, ‘Yes, it is affecting our families, affecting our kids,’ I think that is better for all of us.”

The unrelenting march of Kush threatens to consume the young people of Sierra Leone.

Can Kush be crushed?