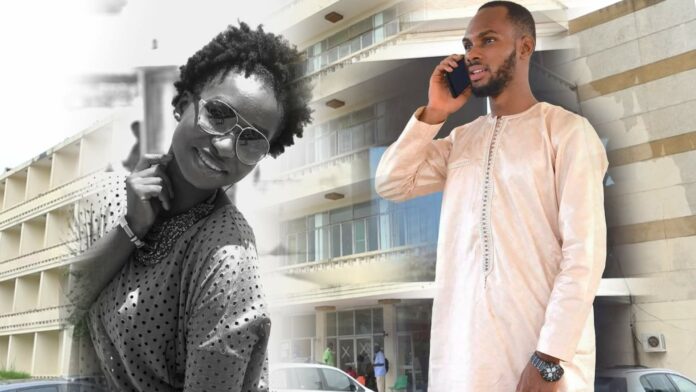 One Kumba Sinyan, 25, who was alleged to have murdered Lamarana Jallow, has been arraigned before Principal Magistrate, Omar Jabang of the Kanifing Magistrate Court today but the case was transferred to the Special Criminal Division of the High Court as the Magistrate Courts lack powers to try murder cases.

The transfer followed the Prosecution’s application for the case to be transferred to a higher court for want of jurisdiction and for the accused to be remanded until her next appearance at the High Court.

While urging the court to grant their transfer application, Sub Inspector Kebbeh relied on Sections 62 and 208 of the Criminal Procedure Code.

“The Prosecution is applying for the transfer of this case to the Special Criminal Division of the High Court and remand the accused person pending the hearing of this case.”

In his ruling, the Magistrate granted the Prosecution’s application mentioning section 62 of the CPC and Legal Notice No.3 of 1999 which he said gives powers to the Special Criminal Division of the High Court to try capital offences.

Magistrate Jabang also granted the Prosecution’s request to remand the accused pending her next appearance at the High Court since the alleged offence is not bailable.

The accused, Kumba Sinyan, is charged with murder. She is accused to have allegedly killed Momodou Lamarana Jallow, 25, by cutting open his stomach with a razor blade at Friendship Hotel in Bakau on the 14th of September 2022.

Kumba was said to have been in a relationship with her victim. The deceased, according to reports, was supposed to fly to Indonesia for studies a day after his murder.

The accused was arrested by the police on the same day as a suspect as they launched an investigation into the incident.

The PRO of the Gambia Police Force, Cadet Assistant Superintendent Binta Njie Jatta was quoted by Kerr Fatou as saying, “What we were able to discover is that the suspect and the victim were said to be in a relationship. So, I think some glitches occurred in their relationship, which led to the suspected murder of the victim. So far, we have gathered some facts and the case would be taken to the court on Monday (19th of September). So far, there is only one suspect, and our investigation is enough to press charges,” she said.