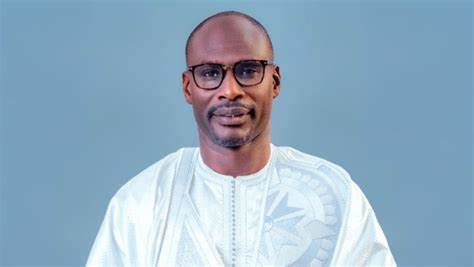 Essa M. Faal was born on 3rd July 1965. He is a Gambian international lawyer who has served as a defence counsel at the International Criminal Court (ICC) and a senior partner at Faal and Co. Essa Faal led the prosecution in the Darfur investigations and as a lead defence counsel for several other cases. In 2018, he was appointed as chief prosecutor at the Gambian Truth, Reconciliation and Reparations Commission (TRRC).

Faal holds an LLB from Fourah Bay College, University of Sierra Leone, and an LLM in legislative drafting and public law from the University of the West Indies.

He began his legal career as a state counsel at The Gambia’s Ministry of Justice in 1994, serving as counsel to the Commission of Inquiry into the Financial Activities of Public Corporations. At the end of 1997, Faal was appointed as first secretary and later counsel for legal affairs at The Gambia’s Permanent Mission to the United Nations (UN), based in New York, United States.

In 2000, Faal was appointed as a judicial affairs officer by the UN and was deployed at the UN Transitional Administration in East Timor. In this capacity, he contributed to the re-establishment of the justice system in the country. In 2002, he was made Acting Deputy General Prosecutor for Serious Crimes and later was promoted to Chief of Prosecutions.

In 2005, Faal joined the International Development Law Organisation (IDLO) in Rome, Italy. He was responsible for designing and directing the implementation of justice sector reform programmes in developing countries. 2006 saw him appointed by the International Criminal Court (ICC) to lead the investigations into the Darfur genocide in which 300,000 had allegedly been killed. The investigation led to the indictment of several senior members of the Sudanese government for genocide and crimes against humanity. Faal was later appointed to the position of senior trial lawyer and lead prosecuting counsel for the Darfur cases.

Between 2011 and 2016, Faal served as co-lead defence counsel for several cases in the ICC, relating to Kenya, Liberia, Libya, and the Philippines. Individuals he has defended include Mohammed Hussein Ali, Kenya’s President William Ruto, his deputy Uhuru Kenyatta, and Francis Muthaura. He has also served as counsel for Liberia’s former President Charles Taylor, who he has represented pro bono, and Lybia’s former President  Saif al-Islam Gaddafi.

Essa M. Faal is one of six candidates being validated by the Independent Electoral Commission (IEC) for the 4 December 2021 presidential election.