Kitabu blames ‘semesters’ for contributing to halt of Saretii Bayelaa 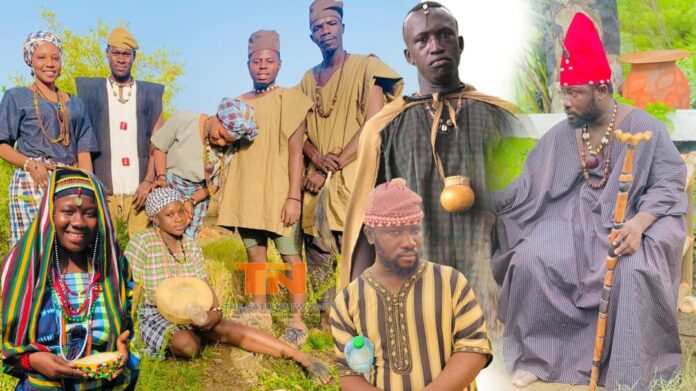 The comedian-actor said this in response to calls on why the drama that hooked the attention of many people has not been airing lately.

“Most of our characters — the main characters — are married. So, in marriage, the husbands have more authority over their wives than us. So, we have to give them time to do their matrimonial duties. This is what is delaying the continuation of the drama,” he explained.

Kitabu declared that he does not want to keep repeating this (the reason why the drama is stalled), but he had to due to the frequent inquiries from followers of the drama series.

The comedian blamed Gambian men and ‘semesters’ for the delay, saying that they will do almost anything to get the girls.

“We will bring back Saretii Bayella but you people have to give us time. But the problem is that even in the movie we are working on, if they see cute girls, they will take their contacts, especially these ‘semesters’. They will be making calls and everything. So, if they succeed in getting them, they will in turn deny them from continuing the drama,” he said.

Kitabu, who stunned Gambians in the run-up to the 2021 presidential election by announcing his intention to seek the country’s top office, said Gambians should be patient about the Saretii Bayella drama series.

Aside from Gambian men and ‘semesters’ contributing to the delay in the completion of the drama series, Kitabu pointed out that sponsors have been a major hindrance as well. He stressed that Gambian companies do not invest in the industry, adding that they have been managing the little they have to do all that they did.