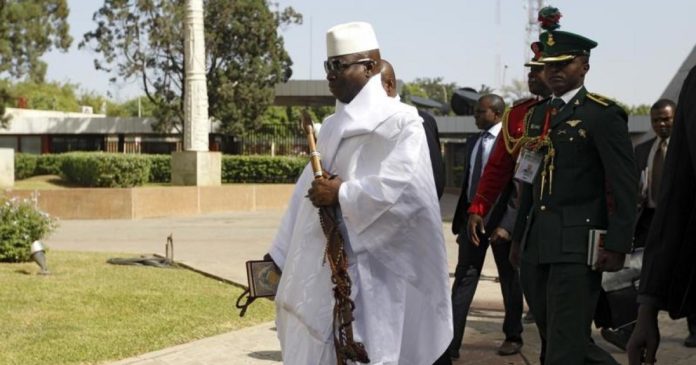 Mamma Kandeh has slammed former president Yahya Jammeh saying the “people were suffering to the point God pitied us.”

Former President Jammeh was in his third decade as president of The Gambia when the curtain suddenly fell on his rule. He endured an embarrassing defeat at the 2016 presidential polls and fled to Equatorial Guinea one month later.

“Listening to what happened from 1994 to 2016. With this TRRC, if you ask me who is Jammeh, I will be able to tell you who Jammeh is. Some of us didn’t know all these [bad things]. It’s terrible. For Jammeh, it’s normal for him to arrest someone or torture someone or kill someone,” Mr Kandeh said.

“For me, his time was up. The people were suffering to the point God pitied us. And you could see in the end whatever he did backfired.”

Share
Facebook
Twitter
WhatsApp
Linkedin
Viber
Previous articleBaba Hydara says he doesn’t know what he will do should he meet with his father’s killer
Next article‘I feel so disrespected.’ Mamut Ceesay’s mother denounces Ba’s decision to release her son’s killers