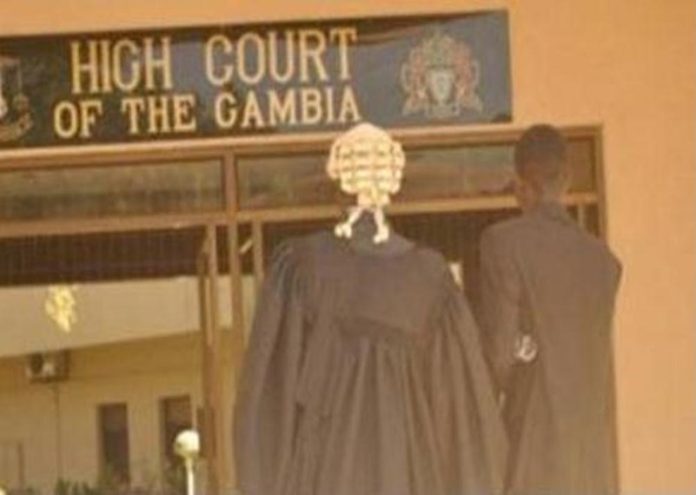 Justice B.V.P Mahoney has called for the amendment of Gambia’s State Proceedings Act which he describes as a ‘pre-independence law’ that gives the State ‘blanket protection.’

He made the call for amendment to the said law on Tuesday 25th January 2022 when handing in his ruling on a motion in the ongoing case between the Kanifing Municipal Council (KMC) versus the Minister of Lands and the Attorney who recently established a commission of inquiry to probe into corruption allegations at KMC. In the said case, which is in progress, KMC had filed in a motion for the court to restrain the commission from progressing with its inquiry proceedings.

Citing supreme court cases in which the State Proceedings Act was referenced, Justice Mahoney ruled that the said law, in cases of such, prevents the court from restraining public officers in the exercise of their statutory powers.

“I must confess that I find it hard to digest that the State Proceedings Act would give such blanket protection to the State to make any decision which although the courts are permitted to review or even set aside but cannot in any circumstance prevent the performance of the impugned decision until the final hearing of the dispute.”

Also on State Proceedings Act, Justice Mahoney quoted from page 5 of the Gambia Supreme Court ruling in the case of Gambia Participates versus The Clerk of Parliament & 3 others dated.

“It is by virtue of this provision [section 17(2) of the State Proceedings Act] that no relief pertaining to an injunction or specific performance will be granted by a court against the State in any civil proceedings.”

The high court judge therefore called for an amendment to the State Proceedings Act.

“I am of the humble opinion that the provision in the State Proceedings Act, which is a pre-independence Act, ought to be revisited as injunctions may be granted against the State in many other jurisdictions which, if were not available, would have resulted in great material loss or breach of fundamental rights.”

When ruling on cases before them, judges sometimes give their opinions on legal issues to enhance fair justice, peace, orderliness and positive change in society.