Journalists Cannot Assume All the Blame for Failing to Report Government 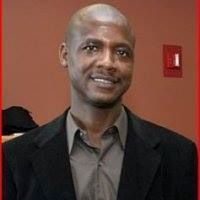 I despair of the way in which commentators, especially (with a few exceptions) our resident economists, are not prepared to decry the illusion of the emperor’s new clothes that is the applicability of Keynesian economics in the Gambia. Future generations, I am sure, will laugh at the credence our era has slavishly given to our economists, in the same way as we now scoff at the credulous adherents of alchemy, and even, these days, journalism.

Some of our intellectuals can be described as manipulative charlatans, but I suspect most of the rank and file are just brainwashed dogmatists. It doesn’t matter how often their economic models, policies and analyses go wrong, or the enormity or the vast extent of their errors, they will not ditch the models or policies adopted by government. Which means we must ditch, and accord blame to, our economists, rather than our journalists.

If a journalist were to write about economics, arguing against economic policies and macroeconomic beliefs and suggesting alternatives, he or she would be dismissed, because his or her work would lack “impact.” The problem is not that there are no alternatives or criticisms, but that we live in a society that continues to believe that there are none.

Our political debate is on level of an argument who had last piece of the pie. Our political environment is pathetic and insane. The discussions are repetitive and take place only at the shallowest level. (Should VAT be 17.5% or 20%? Wow, so important—and yet no questions of what the tax should be spent on.) The fact is, we live in a country which is not interested in “radical” alternatives, and journalists are not given enough credit as they lack the legal framework and requisite training in economic concepts and policies.

Richard Parker, of Harvard University, suggests that even the clearest statement of what economists know about policy, written by journalists who are as well-trained in economics as the economists themselves, might still not penetrate the public’s consciousness unless the reporting can be captured by the filters with which the public organizes and processes information. The public imposes a moral and human-interest frame on news, which economics, as a discipline, severely underplays in this regard. The public, according to Parker, has deeply rooted views which are at odds with the individualistic, rational decision-maker paradigm around the reporting of economic issues, which underemphasizes the role of institutions and collective action.

Economics is the study of social networks of interactions. It will tell you that, in general, if you do X, then Y will happen and that if you do Z, Y will tend to happen less. What’s happened over the last 23 years in the Gambia is that far too many people are more often doing Z and expecting Y to happen because it’s politically convenient to expect it to happen. A few years ago, it was obvious that much of our economy was floating on a debt bubble, and that sooner or later that bubble would burst. Obvious, too, was the fact that we should have been making decisions presuming that would happen and preparing for it. But we didn’t because that would have been unpopular—it would have reduced public happiness for a time.

There’s a sort of incompressibility to financial unhappiness. It can be moved around, but not got rid of. The fiscal exuberance of the previous and current regime is being paid for with youth unemployment today. We could have smoothed that out, but we decided we didn’t want to.

Politics and economics have failed us by making so many bad choices. Government cannot make people take those choices. It’s the ability of economists to describe why those choices are bad. But these are not systems built by economists. Economists, who describe how people and systems are or could be, can only tell you the consequences of political choices. In a government that had not failed what role could economists and business journalists hold?