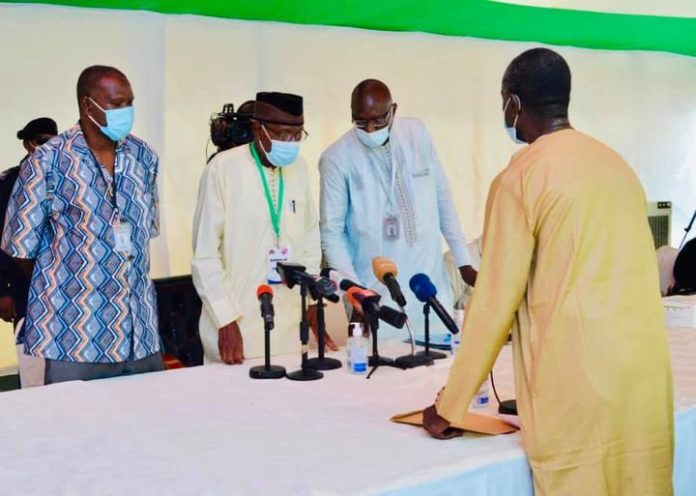 Joseph Henry Joof was the first candidate to present his credentials to the IEC Chairman, Alieu Momar Njai and members of his team.

Mr. Joof was born on the 25th of October 1960. He is a Gambian lawyer, politician, and writer. He served as President of the Gambia Bar Association from 1998-2001, and later as Attorney General and Minister of Justice of the Gambia from 2001 to 2003.

It was during his tenure that the infamous Indemnity Act was adopted. The act came after the April 10/11 protests during which students were killed and some seriously injured.

The 2001 Indemnity Act gives the President the power to indemnify any person against prosecution for any act committed to quell an unlawful assembly or other emergency situation. The law shielded security officers who killed innocent students as it deterred victims of human rights violations from seeking redress.