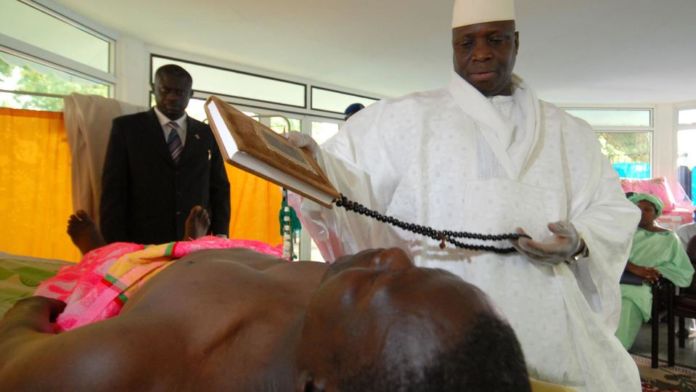 The TRRC on Monday called on the families of those who died while undergoing former president Yahya Jammeh’s bogus AIDS cure to reach out to the probe, as the investigation braces up for its 12th session.

The TRRC will commence its public hearings into former President Jammeh’s AIDS treatment program next month. Jammeh in 2007 shocked the world by claiming he had discovered a cure for HIV/AIDS. The treatment involves patients eating banana and drinking potions. Jammeh would also use his hand to rub ointment on the body of a patient. Most of them have however died.

The TRRC on Monday said its 12th session of hearings will focus on the former president’s alternative treatment programme “during which the rights of patients were violated”.

“The TRRC is continuing to take statements from complainants and is encouraging survivors to submit their statements. Family members of patients who didn’t survive the treatment are also encouraged to submit statements,” the probe said in a statement on its official Facebook page.

Last year, three survivors of Mr Jammeh’s treatment program sued him for damages. Ousman Sowe, Lamin Ceesay and Fatou Jatta were among the first Gambians who joined his HIV/AIDS treatment program in 2007. They jointly alleged that they were harmed by the program as they also seek a declaration from the high court that their human rights were violated.