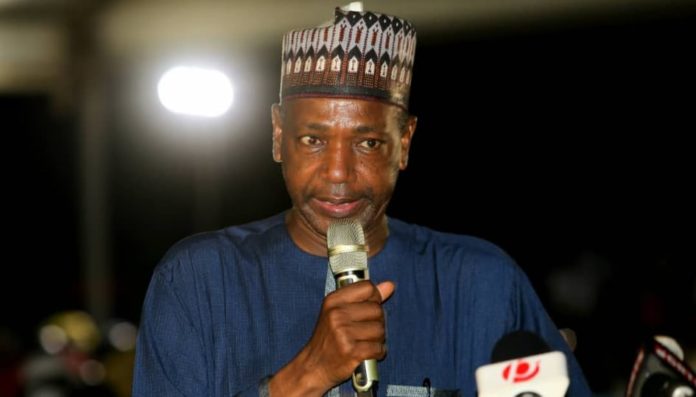 Hamat Bah has reacted to the raging crisis within APRC that has pitted Fabakary Tombong Jatta and his executive against the so-called No Alliance Movement.

Former President Jammeh shocked the nation on Friday when he called supporters under the banner of the No Alliance Movement and told them he was removing Fabakary Tombong Jatta as leader of APRC. He said Jatta and his executive entered into an alliance with NPP without his approval.

Jatta quickly responded by stating he remains in charge of the APRC, dismissing his sacking by Jammeh.

NRP leader Hamat Bah has reacted to the imbroglio on Saturday while addressing citizens at President Adama Barrow’s rally in Sukuta.

Mr Bah said: “In 2015, the political amendment act was passed by the National Assembly and assented to by the then president and it’s a law. And part of that law says no one can be a member of any political party’s executive or can lead any party when you live outside The Gambia.

“So APRC leadership you are right. Fabakary Tombong Jatta is the legitimate, rightful leader of this party. And you have demonstrated that you believe in the rule of law. You will earn the respect of Gambians and the international community for respecting the rule of law.”

Share
Facebook
Twitter
WhatsApp
Linkedin
Viber
Previous articleOPINION: Fabakary Tombong Jatta and Team Should Accept Their Public Firing…
Next article‘They’ve completely ran out of ideas’: Hamat Bah comes after Darboe over his claims his knowledge brought about the Basse roads and bridges