Jammeh campaigns for votes: Former President Jammeh tells voters in Farafenni him and Mamma Kandeh will be best team Gambia has had 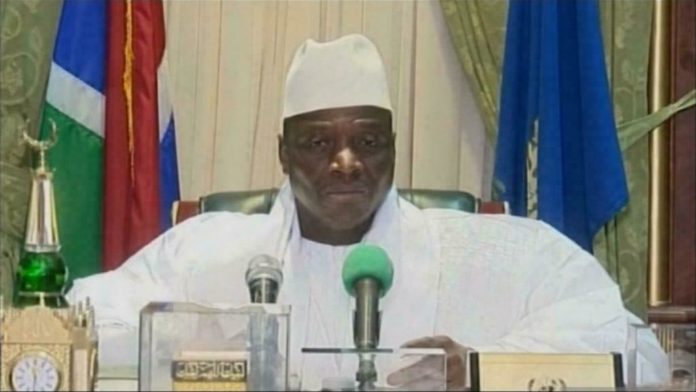 By Matty Senghore, in Farafenni

Former President Yahya Jammeh was among the speakers at Gambia Democratic Party’s rally at Farafenni on Monday night where he told citizens himself and Mamma Kandeh will be the best team The Gambia has ever had.

“Remember that an alliance between a master and the slave is always a good alliance. Myself with Mama Kandeh will be the best team Gambia have ever had,” Mr Jammeh told a huge crowd comprising GDC and his own supporters.

GDC and former President Jammeh’s supporters under the banner of No Alliance Movement a few weeks ago formed a pact ahead of the presidential election.

According to former President Jammeh, Gambians have been suffering for the past four years.

He said: “I know the suffering you have been going through. My heart and soul are with you especially my fans at Farafeni, Ngain Sanjal and Sabah Sanjal all those places. All those from far and near.

“I feel sorry for what have been happening in the past four years, especially my women, the children, my children, the young boys and girls who were going to school free of charge. Everything has gone down , from electricity, education especially North Bank women working in their farms.”

Jammeh ruled The Gambia with an iron fist for 22 years from 1994 to 2016. He lost power in the December 2016 election and has since been living in exile in Equatorial Guinea.

Share
Facebook
Twitter
WhatsApp
Linkedin
Viber
Previous articleCRR north citizens show they mean business by affording President Barrow thunderous welcome
Next articleHenry Gomez says no candidate will take Gambia through the back-door, accuses Darboe of trying to get to power through such means