Jammeh- Barrow, Opposite Poles of The same Deception! Oussainou Mbenga-DUGA 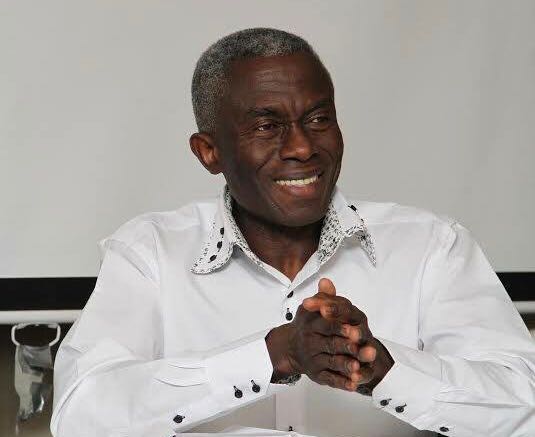 From Kanilai to Potomac, Maryland ran blood money when Jammeh was high on the saddles of power. Barely fifteen months on the saddles of power, Adama Barrow and his gang of “ it’s our turn to chop and quench” continue to travel on the same trail of blood money to “feather their own nests” with ill-gotten wealth much earlier than Jammeh started. Where will Barrow’s trail lead to? The mansions and street lights of Mangkamang Kunda and the alleged unfinished mansions in Bansang is only the starting point for the Barrow regime. Are we going to sit and wait and see where this trail will lead our beloved Gambia into, when all the evidence points to the same disastrous end as was under the APRC and its enablers? Just as Jammeh did, the Barrow regime is equally setting the Gambia up for the kill with the same old deadly and unscrupulous investments with predictable outcomes of “mal – development. All of our viens are being exposed to the “Merchants of misery”; anyone can come to Gambia (Africa) and draw blood in the name of “investment”. This trail is littered with betrayal!

The regime is yet to present a plan of action for the way forward, instead relinquished that national responsibility to the EU to design a “Road Map” for us. Any road map without our national interest input will lead us into the swamps of dependency and mediocrity just like previous road maps. Barrow remains to be a “tail light” instead of the “head light” he is required to be to build the “New Gambia” with a bright future. The whole country is still in darkness from NAWEC’S ineptitude to provide electricity and water, with no relief in sight.

There is nothing new in the Gambia besides Barrow’s face. All the structures of the “neocolonial state” remains intact. The old bottle of palm wine Jammeh used to intoxicate the people into blind patriotism is the same palm wine in the same old bottle that the “UDP – Barrow” regime uses to keep its blinded supporters under the stupor of “everything is UDP” – winner takes all. These same sycophant — supporters tell us to thank Barrow for our “new found freedom of expression”. This statement is contrary to reasoning, for if it wasn’t the Gambian voters Barrow would have remained a political nonentity. One thing certain is that, the bullying, killings, illegal arrests, detentions and disappearances is a zero tolerance vowed from the Gambian people. Any repressive acts of the past 22 years will be met with maximum retaliation!

Not a single bolt or screw of significance have been removed from the machinery that the Jammeh regime operated under. In fact the UDP – Barrow regime eagerly lubricates the machinery to function as usual. The “New Gambia” is an illusion with tragic consequences.

Consider the deafening silence towards the atrocious “toilet paper constitution” (the Law acccording to Jammeh) which still contains the repressive colonial “public order act,” “sedition act,” “indemnity act” and the deliberately ignored issue of “term limits”. The obvious delaying tactics on their worthless promises of “constitutional reforms” allows them to entrench the “hegemony” they deny is their ulterior motive. The “toilet paper constitution” deserves no less than a flush as Jammeh was flush down the drain. The making of a genuine New Gambia is not on the UDP – Barrow regime agenda. This new hungry elite will of course champion meaningless reforms as oppose to making a rupture with the old and suffocating ideas of depending on charity and loans, the two killers of African economic development. Charity and loans are the demoralizing factors to African workers, what’s left of farmers and the youth. The Barrow regime sticks our necks out under the guillotine loans from the EU, China and the secret loans known only to the “secret society” within the regime. Drolling at the mouth in expectation of the EU loans, the Barrow regime, its opportunist technocratic sycophants and sadly enough, the downtrodden masses are celebrating this DEBT as victory for the Barrow regime. These debts are paid back not by the Barrow regime but off the already broken backs of the downtrodden masses from senseless high taxes and value added taxes (VAT).

THE SOCIAL CONSCIOUSNESS OF GAMBIA IS STILL AT GUTTER LEVEL

As a result, the current political backwardness of tribes and tribalism, superstition and blind faith religion are suffocating our abilities to be the masters of our destiny. This regime like the previous regimes were never about liberating our people from the backward social and political tendencies of always begging for AID, which systematically destroyed agriculture and the desire to feed ourselves. And engaging in tribal politics by supporting policies that don’t serve the national interest but their narrow selfish party and ethnic interest.

Those who wish to remain willfully ignorant and outright reactionary, can continue to shamelessly defend the administrative blunders of the “UDP – Barrow” regime that betrayed all the principles of the “coalition 2016”. The most blunderous neglect by this regime and its blinded sycophant — supporters is the senseless defense of NAWEC’S (National Water and Electricity Company) ineptitude.

Barrow’s regime is bent on making all the atrocities perpetrated by Jammeh vanish from our memory through the recycling of APRC bandits and gangters; civilian and military. Despite all the sham commission of inquiry into the horrors of the last 22 years and the setting up of the Truth Reconciliation & Reparations Commission (TRRC), the UDP – Barrow regime’s intent is to keep the class peace of “let bygone be bygone, let’s forget and forgive”, yet everything else remains the same just as it happened in Azania (South Africa).

The UDP – Barrow regime has been bought and sold to the interest of “foreign investments” betraying the aspirations of the Gambian masses that lifted them onto the “saddles of power”. We the people can no longer meddle into affairs of state, we should leave everything to Barrow and his “its our turn to eat” partners in development.

So the reckless environmental degredation by the Chinese owned Golden Leaf fish meal factory in Gunjur and JXYG Aquatic Company LTD in Kartong can pollute the length of our pristine coastal shores and land without any repercusions but when the youth and the towns people protest against these criminal acts, the PIU (Police Intervention Unit) and paramilitary forces are send to defend the factories and arrest the protesters. The Gambia is in a state of serious environmental crisis. For decades Kartong was the site of reckless sand mining and after the visible distruction, the government irresponsibly moved to Gunjur briefly and now Sanyang will follow the same fate as Kartong. The waste from the fish meal factory is now being dumped in Kotu following the protest by the people of Gunjur, Kiti, Kartong and Sanyang. Recently, the Golden Leaf Factory were given authority by the government to replace the pipes taken out by the organized efforts of the towns people to resume dumping the waste into the ocean. This time the Chinese workers arrogantly hoisted the Chinese flag on Gambian soil while fixing the piipes. Until this day, not one regime representative uttered a word against the hoisting of the Chinese flag, an insult to our “sovereignty”. Disgustingly enough, the local authorities and general population is being bought with rice and sugar.

CULTIVATING REVOLUTIONARY POLITICS IS THE SOLUTION

First, our definition of revolution is what matters not what others miscontrue it to be. We refuse to be relegated to a “beggardom”. Revolutiomary politics means breaking with old ideas and backward traditions of tribes and tribalism. It means cultivating a revolutionary nation with foresight and insight as to what we want and what we believe to achieve economic liberation through political education of our history. It means building from the bottom up by the sweat of our brow to provide food, clothing and shelter for the vast majority of our people. Revolutionary politics means promoting “local initiative”, trusting the genuis of the masses as the makers of history.

Jammeh once said he doesn’t have an “opposition” in the Gambia. To his credit, he was right. There has never been a formidable political formation in the Gambia that effectively challenged his reactionary policies and the atrocities inflicted upon the nation. Other political parties that called themselves “opposition parties” were and continue to be elections driven. The only time the masses see them is when elections are drawing near. There is yet to be a formidable organization of women outside of the “tokenized women” organization of “Yayi kompin” used and exploited by unscrupulous politicians for electoral votes. These women organizations entrap the vast potential of our women by relegating them to reactionary activities instead of unleashing their full potential as a mighty force for revolutionary change.

Equally, there are no formidable youth and student organizations to entrench the bond of continuity for subsequent generations to live a life of revolutionary service to the nation to produce and reproduce. GAMSU (Gambia student Union) was our shining light and Jammeh snuffed it in April 2000.

The Gambia once had a vibrant well organized workers union but like other institutions suffered from neglect and ultimately demoralized. Gambian workers and what is left of farmers remain disorganized and no political party has taken on the task to organized them into a formidable force to be reckon with. Yes, Jammeh was right and there still exist no “opposition party” worthy of showing the masses an alternative from this neocolonial continuity.

The time is here, all the conditions are ripe to create and build an ALTERNATIVE PARTY that will champion the interest of the vast majority of the Gambian people based on our national advancement, not ethnic or tribal loyalties.

BUILD THE GAMBIAN FRONT OF THE AFRICAN REVOLUTION!