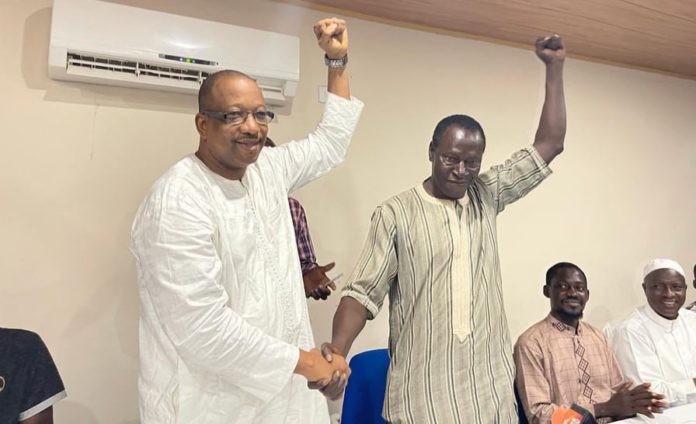 Former President Yahya Jammeh’s supporters have signed a deal with Gambia Democratic Congress for a merger for the December election.

Jammeh’s supporters led by Yahya Tamba signed an MoU with Mamma Kandeh at Baobad Hotel in Bijilo late on Friday.

While the alliance is dubbed, GDC-GANU-APRC’, the absence of Sheikh Tijang Hydara at the MoU signing has sparked speculation of GANU relegated to the back.

A source said: “He doesn’t have supporters so he should not expect too much or even think of being the flagbearer.”