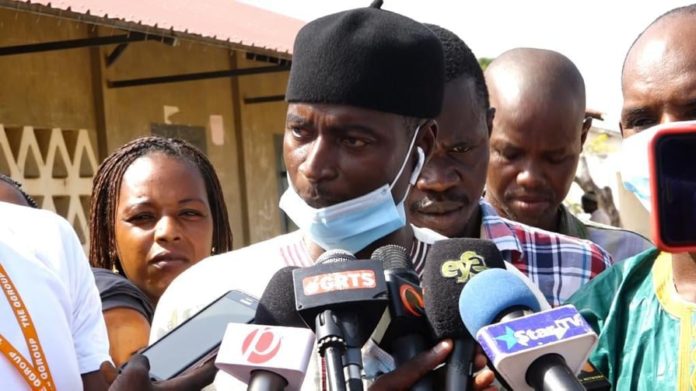 National People’s Party has dismissed claims by UDP a chairwoman of NPP left the party to join UDP.

Kumba Ceesay left NPP on Wednesday and met UDP leader Darboe to officially declare her support for UDP. UDP officials said she was a chairwoman of NPP in Sami Madina.

But NPP deputy spokesman Seedy Njie told The Fatu Network: ” It is absolutely false, deceptive and propaganda to say the least. Kumba Ceesay has never been NPP Chairwoman and NO NPP Chairwoman has ever defected to UDP.

“The UDP officials who spreads this false and laughable news are not only misleading their leadership and members but are engage in politics of deception and false propaganda which have internal party consequences.

“In our record not only in Sami but the whole of Central River Region indicated that, the said Kumba Ceesay is not and have never been an official of the NPP from hamlet, village, Sub-ward, ward, constituency or regional level. This fake news is millions miles away from the truth.

“The NPP members and supporters are resolute in their support and beliefs and are more determined today than ever before to return His Excellency President Adama Barrow to number one Marina Parade. Politic of deception and falsehood will not work.”