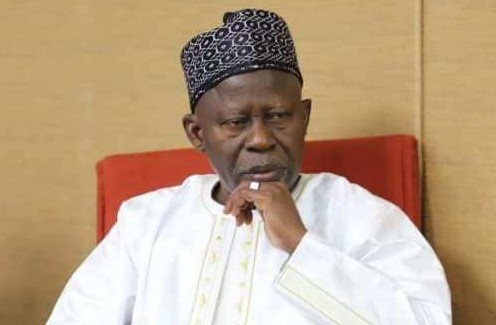 Lawyers representing the country’s main opposition the United Democratic Party (UDP) have dusted themselves off after the December 28th ruling which saw the Supreme Court throwing out the party’s election petition matter.

The party is now set to engage the Supreme Court again, as it calls for a review of the December 28th ruling in what it says is ‘in the interest of fair hearing to avert miscarriage of justice’.

According to the party’s 21-page statement of the case on motion ex-parte seeking review of the 28th December ruling the basis of their application is pursuant to the provisions of section 8 of the Supreme Court Act Cap 6:05 and Rule 54(c) and (d) of the Supreme Court (Amendment) Rules, 2015. Rule 54(1) which provides as follows:

“The Court may review any decision made or given by it on any of the following grounds:
(a) exceptional circumstances which have resulted in a miscarriage of justice.

(b) discovery of new and important matter or evidence which after the exercise of due diligence was not within the Applicant’s knowledge or could not be produced by him at the time when the decision was given.

The petitioners (UDP) also hold that there was no application on any of the motions filed by the 1st Respondent to dismiss the suit for failure to serve notice of the petition on the Respondents.

Therefore, it asserts that the Supreme Court made a fundamental error in proceeding to strike out the Petition on an issue not founded on any prayer before it and without affording the Petitioner the opportunity to specifically address it on the issue before making a ruling.

This the UDP motion claims was a fundamental error that resulted in a miscarriage of justice as it deprived the party of its constitutional right, conferred by section 49, to challenge the elections, even though they had already filed evidence as ordered by the court.

They further claim It also deprived the UDP of its fundamental rights to a fair hearing and by extension the political rights of its supporters conferred by sections 24 and 26 of the Constitution respectively.

Based on these arguments the UDP legal team is of the firmest conviction that they have set out a prima facie (at first sight or based on first impression) case for the Court to revisit its Ruling of the 28th of December, 2021 in the interest of ensuring that this petition which is of grave public concern is heard and disposed of on its merits and not by some technical grounds that has deprived the UDP and its constituents of their rights to a fair hearing.

“We, therefore, urge this august Court to hold that the Petitioner’s Application discloses sufficient grounds to warrant the leave of the Court to bring a substantive application for review.

We move the Court in terms of the Motion Ex Parte and submit that the prayers ought to be granted in the interest of fair hearing in order to avert a gross miscarriage of justice,” the party’s Motion Ex-Parte reads.

For this application, the same five judges that determined the election petition will hear the motion first. If the application is granted two more judges will be added thereby constituting the full panel of the Supreme Court to hear the review.