In Support of the Women’s Bill and Hon. Touma Njai 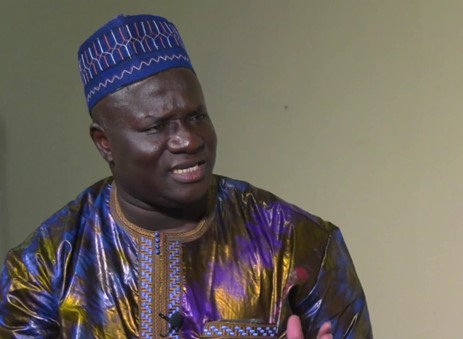 It is with sadness and disappointment to notice the many voices seeking to impugn the ongoing constitutional amendment process aimed at catering for more seats for women and persons with disabilities (PWDs) in the National Assembly. Some have said that the mover of the bill, Hon. Touma Njai is on a self-serving agenda. Some even ridiculously question why she did not come up with this initiative five years ago but now.

Even more sadly, others have said that this initiative will only give opportunity to elitist women at the expense of the ordinary hard working yet suffering masses of our women in the farms, markets and homes. Others have dismissed the entire initiative on the basis that these elected women will never stand for their fellow women when they are in parliament.

Indeed, given history and politics in any society, one can raise so many doubts and questions, some of which can be indeed genuine and necessary. But to be utterly cynical because of the past and present prevailing circumstances will not serve any society. After all, governance is a process the quality of which depends on the quality of laws, strength of institutions, active citizen participation and effective leadership.

I can vouch that Hon. Touma Njai is not seeking selfish interest with this bill. She cannot use this bill to gain re-election. She genuinely believes in the need to enhance women’s quality participation in politics and increase their representation in decision making structures in the country. One may disagree with her on any issue or approach, but she has no ulterior motive with this bill other than to serve the best interest of women in particular, and the society at large. She has always been positive on women’s empowerment!

Those who critique this bill must ask themselves how we can bring about equal participation and representation of men and women in this society? Indeed, the Constitution has guaranteed the right to equality and participation in politics. There has been a Women’s Bureau since 1980. In 2010 the Women’s Act was created. In 2019, the Ministry of Gender, Social Welfare and Children was also created. Yet until today, after half a century of Independence, women continue to face marginalization, disempowerment, abuse, exclusion and inequalities in our homes, communities, workplaces, power and across the entire society. Why?

We know that since 1960 when Augusta Jawara became the first Gambian woman to stand for election, even though she did not win, to Nyimsata Sanneh Bojang who became the first woman to win an election in 1982, women continue to be hugely under-represented in the National Assembly. Currently there are only three women elected NAMs. The country has never had a woman president. Only two women ever vied for the presidency, Isatou Touray and Marie Sock Jobarteh. All political parties are led by men with few having women as deputy party leaders.

Therefore, those who ridicule this bill and Touma, should ask themselves how on earth could his country ever bring about power equality among its two largest population sectors – men and women, such that none is disadvantaged purely because of their sex. Meantime women form the majority in this society. Funnily, many of those who question this bill and Touma are in fact men, thus raising the question as to how much they know and feel about gender inequality as Touma who is indeed a woman! She who feels it, knows it.

A bill like this is not meant to magically and automatically at once change the status of girls and women in this country. There are huge social, economic, cultural and political beliefs, practices, and structures that stand in the way of women and equality. Thus, this bill, like the Constitution itself or the Women’s Act or the Women’s Bureau and the Ministry are part of the process of changing that long and deeply unjust narrative of a society to become more just and equal.

To achieve that is not the job of only Touma Njai or the 14 women and the two persons with disabilities who will be elected when this bill is passed into law. Rather it means the entire society – citizens, government, political parties and indeed every CSO, community, institution and organization will have to work hard to remove all of the structural and immediate barriers to equality, justice, empowerment and progress.

Thus, before one raises all sorts of innuendos, cynicism and outright condemnation, we should rather recognize that our country has not been on a just foundation since Independence in 1970. We are a sovereign republic in law, but we are yet to obtain sovereignty – i.e., equality and dignity – in practice for our all citizens. It is initiatives like this that will serve to facilitate the transformation of society. But that transformation does not lie only on the President or National Assembly or political parties or individual NAMs alone. Rather all citizens have a right and duty to achieve that transformation.

Therefore, if we condemn this bill and chastise Touma Njai for it, what is it that we wish to offer? Do not just raise questions and doubts and offer high-sounding intentions and hopes. In practice, how do we wish to really change this society, positively? Let us exercise our minds to that. Surely, it is not that every woman or PWD elected will become that ideal freedom fighter for women and persons with disabilities. There will surely be disappointments and betrayers among these elected women and PWDs. But there is also the opportunity for voters to remove such non-performing NAMs in the next election. That is also a duty of the voter.

I wish to therefore call on all citizens to support this bill to form part of the initiatives that any society will take in order to bring about equality, justice and freedom hence equal development to all. Everyone has a right and duty to make the Gambia a just and equal society. Let us critique this bill with a view to improving it or offering a better alternative. But let us not attack the bill and Touma just to satisfy one’s cynicism or dislike for Touma or one’s disdain for the political leadership in the country.