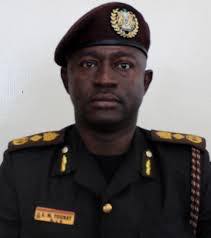 Information reaching The Fatu Network has it that the Deputy Director General of The Immigration Department, Seedy Touray along with several officials were questioned by the Fraud Squad of the Police Headquarters in Banjul.

According to sources within the police headquarters the said officials were called for question in relations to fraud involving large sums of money. The questioning is said to be in line with investigations opened by Police.

The Police Spokesperson denied reports of their arrest, he did not also confirm whether they were called in for questioning.

Meanwhile, it is reported that the order of th question the officials came from the Office of the Interior Minister, Ebrima Mballow.