‘If they succeed in silencing Momodou Sabally, they will silence all of us’, UDP’s Kemo Bojang reacts 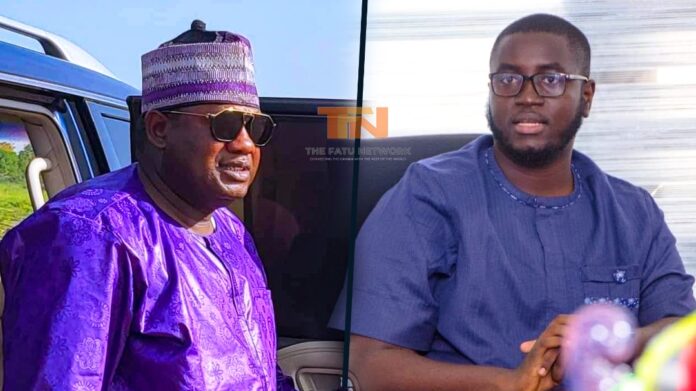 The National Youth Secretary General of the opposition United Democratic Party (UDP), Kemo Bojang has reacted to a writ of summons served to Momodou Sabally on behalf of Abubakary Jawara. Kemo claimed that the writ of summon is a national issue and if they succeed in silencing Sabally, then they can silence all of them. The UDP youth SG further alleged that the plaintiff Abubakary Jawara has abetted a system that is not fit for purpose.

On the 18th of October 2022, Momodou Sabally was issued a writ of summons, commanding him to be at the court on the 14th of November 2022 at 11 a.m. to answer a suit against him filed by Abubakary Jawara of the Kanifing Municipal Council. The plaintiff (Jawara) is claiming damages for defamation and slander and seeking compensation of 8 million dalasis from Momodou Sabally.

Reacting to this, Sabally’s co-party member and youth Secretary General, Kemo Bojang, said the move is non-partisan and claimed that everyone must take a stand to stop it.

“Gambia, if they succeed in silencing Momodou Sabally, they will silence all of us. This is not partisan but a national issue which affects all of us, and we must take a stand in stopping it,” he stressed.

According to the UDP youth leader, plaintiff Abubakary Jawara has a hand in the country’s current situation. He alleged that Jawara abetted a system that is not doing the country any good.

“I will advise Mr. Abubakary Jawara to look inward and understand that we are in this predicament as a country today because of him and many like him have aided and abetted a system that is not fit for purpose because of their selfish interest. Mr Jawara has openly admitted to forgery in an interview, he is the first Gambian who has imported guns into this country, he is the sole reason why the petroleum sector of this country is in shambles and many more,” Kemo Bojang claimed.

Bojang told The Fatu Network that stifling the rights of individuals to express themselves is a threat to democracy, noting that this country is heading in that direction.

In defence of Sabally, Bojang explained that they will not sit and watch things unfold unfairly, stressing that the common people will defend themselves.

“We will not sit by and watch the country become an Animal Farm, the common people will defend themselves, and we will do it when and where it is needed,” he pointed out.

Momodou Sabally confirmed to The Fatu Network earlier that he has received the writ of summons. He is expected to face off against Jawara in court next month.