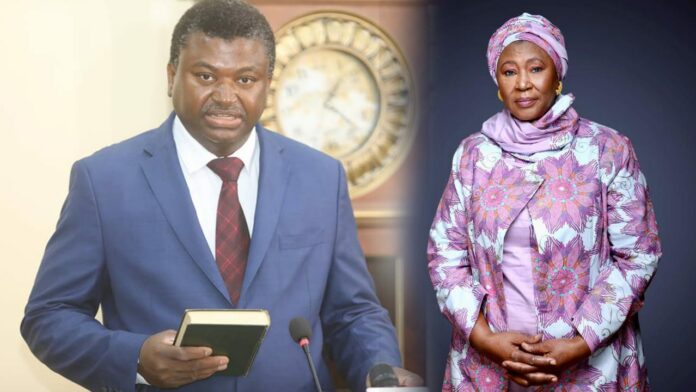 The first Vice President and Minister of Women’s Affairs in the Barrow government, Fatoumata C.M. Jallow-Tambajang, has said she would have resigned if she were the current Health Minister amid the tragic deaths of over sixty-six (66) Gambian children to Acute Kidney Injury (AKI) linked to Indian-manufactured cough and cold syrups, a scandal she described as “national tragedy”.

The former VP was speaking exclusively to The Fatu Network at her residence in Kotu over the deaths of 66 children (now 70) to AKI and the current state of the nation. However, when quizzed on what she would have done if she were in the Health Minister’s position, she said:

Speaking further as the interview delves more into the calls of Gambians asking for the immediate resignation of the Health Minister, a former health minister herself, Madam Tambajang said sacking the minister could be injustice against him.

“As a former health and women’s affairs minister, I would think that it is really pathetic, and everyone is emotional by justification, but my own view would be for us to urge government to take the appropriate measures like policy measures and also technical measures.

In terms of sacking people, as a fundamental human rights activist, I would rather say it is important that whatever happens, we take the due process. That is after reviewing the situation and assessing the situation inclusively with the citizens of the country then the measure would be taken because rationally, if you sack the minister then you’re removing… fundamental information that the minister may have been privy to and fundamentally also, it could be an injustice against the minister.

I am speaking as a former Minister of Health and Women’s Affairs and I am also speaking as a stateswoman and at the same time as a mother,” she said.