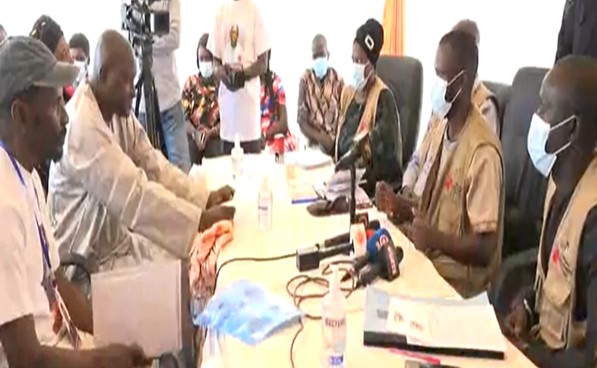 The National Assembly Member who is seeking re-election for Banjul North has said that one of the things he will ensure he does when re-elect is continuing to support the promulgation of a new progressive constitution in the Gambia.

Honourable Ousman Sillah was speaking to The Fatu Network immediately after submitting his nomination papers to the Independent Electoral Commission (IEC).

He revealed that although he and the majority of Members of Parliament supported the call for a new constitution, they couldn’t get the threshold number to get the desired result.

“I have been a key advocate for constitutional reforms, the majority voted for a new constitution, but we did not get the threshold needed to complete the process,” Honorable Ousman Sillah said.

He further noted that he seeks re-election so as to accompany Banjul North into achieving what they should achieve.

“I was elected in 2017 to serve my people, I have delivered to the best of my ability, I have participated in every parliamentary session. I will continue what I have done,” he said.