‘I have seen his true colors’: Ebrima Sorie Bah explains why he regrets supporting President Barrow 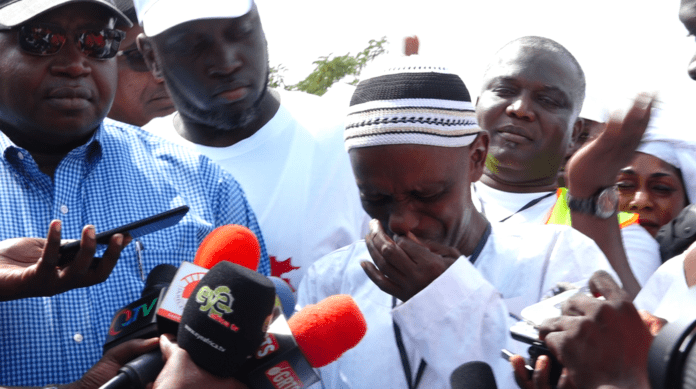 Ebrima Sorie Bah who championed the campaign for President Adama Barrow to disregard calls for him to step down after three years has confirmed withdrawing his support for the president.

Speaking in an exclusive interview with The Fatu Network, the former Gambia for Five Years and Peace-building secretary general said he has now seen the president’s true colours.

According to Mr Bah, the president has lost control of the government and he cannot imagine him winning the December election.

Mr Sorie Bah in January last year broke down in tears as he led thousands of Gambians who called on President Adama Barrow not to succumb to pressure from Three Years Jotna to resign according to a three years deal he made with coalition 2016 leaders.

“I cried because I could see the country on the brink of conflict,” Mr Bah said. He however said he did not regret asking the president to continue and serve for five years.