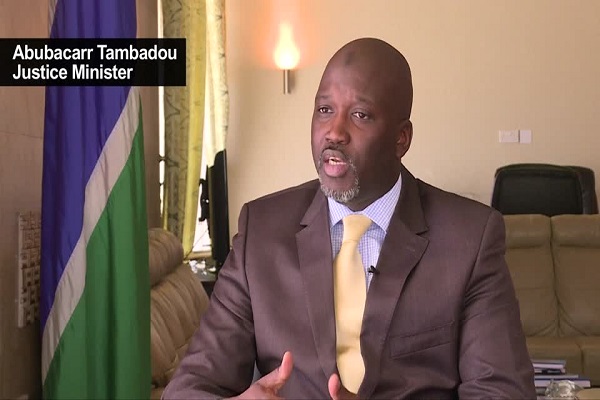 Alhaji Mamut Ceesay’s mother has expressed her disgust at the planned release of three former junglers.

“I feel so disrespected as a mother that my government is setting free the men who just confessed in the savage killing of my son,” Ya Mamie Cessay told AFP on Monday a few hours after Justice Minister Abubacarr Tambadou announced he has recommended that Malick Jatta, Omar Jallow and Amadou Badjie be released from detention.

The three men are all former members of former president Yahya Jammeh’s hit squad, the Junglers. One of them, Omar Jallow, told the TRRC last month he participated in the 2013 killing of Alhaji Mamut Ceesay, a Gambian-American businessman. Ceesay was killed alongside his friend Ebou Jobe in Kanilai.

On Monday, a son to murdered journalist Deyda Hydara slammed the justice minister’s decision as ‘shocking’ and said he doesn’t know what he will do should he meet with his father’s killer on the street.

“Just to give you an idea, I never even wanted to be present that day because I sort of had an idea what was coming. So imagine if I didn’t want to meet him there, if I was to meet him in the street to be honest I don’t know what I will do,” Baba Hydara told The Fatu Network.

Share
Facebook
Twitter
WhatsApp
Linkedin
Viber
Previous articleKandeh lays into Jammeh, says ex-leader’s political death was scheduled
Next articleJunglers: Ba says he cannot shy away from making decisions ‘because they may be unpopular’