“I am a Problem Solver and I Understand the Economic Problems,” Alhaji Mamadi Kurang 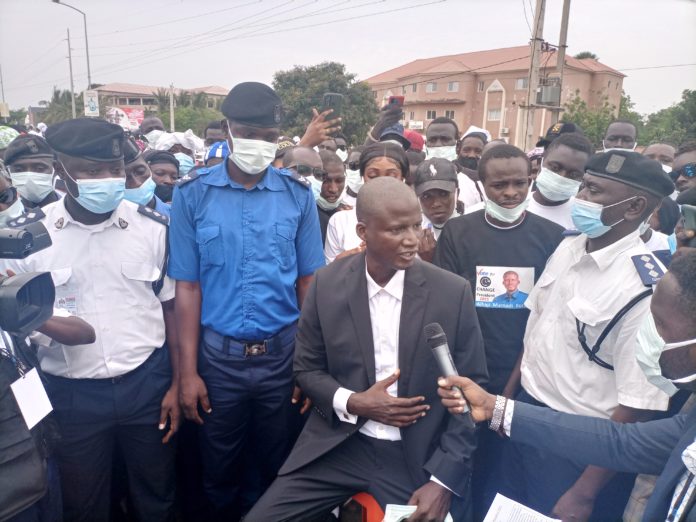 Alhaji Mamadi Kurang one of the presidential nominees for the December 2021 elections has said that ‘Democratization of Education is the Solution to the Problems the Gambia’.

The independent candidate was speaking exclusively to The Fatu Network immediately after completing his nomination process at Election House.

Mr Mamadi Kurang revealed he has received over 6000 signatures and has fulfilled all requirements set by the country’s electoral body.

“At the moment we need change, we need someone who understands the political, economic and social issues. I am a problem solver and I understand the economic problems,” Alhaji Mamadi Kurang said.

He further noted that he is tried and tested and will deliver what the society needs.

When asked about what his first 100 days as president (if elected) would be like. He revealed that he will get to work to tackle the issues of poverty and build the educational system.

“Singapore has no gold, no diamonds but they used their human resource through education to transform the country. The young people are yearning for change and they are going to determine the change. I am trusted by the young people and I have been around for the past 20 years,” He said.

He brushed off the question of a possible coalition, emphasising that he has gone through his nomination to contest as a candidate for the presidency.