Human Right Trilogy: Where Campaigners Are Getting It Wrong 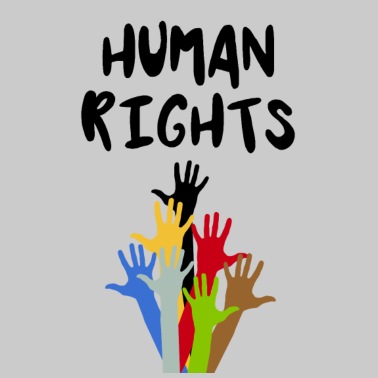 December 10 every year is International Human Rights Day. It marks the adoption of the Universal Declaration of Human Rights (UDHR) by the United Nations General Assembly (UNGA) on 10th December 1948.

What are human rights?

Human rights are rights inherent to all human beings, regardless of race, sex, nationality, ethnicity, language, religion, or any other status. At the international level, the UDHR, International Covenant on Civil and Political Rights (ICCPR), International Covenant on Economic, Social and Cultural Rights (ICESCR) and others stipulate and guarantee human rights to be exercised by everyone across the world. Both the ICCPR and ICESCR were adopted by UNGA in 1976.

Some major internationally recognized human rights include; the right to work in just and favourable conditions; right to social protection; right to an adequate standard of living and the highest attainable standards of physical and mental well-being; right to education and the enjoyment of benefits of cultural freedom and scientific progress; freedom of movement; right to a fair trial and presumption of innocence; freedom of thought, conscience and religion; freedom of opinion and expression; peaceful assembly; freedom of association; participation in public affairs and elections; protection of minority rights; right against arbitrary deprivation of life, torture, cruel or degrading treatment or punishment, slavery and forced labour; right against arbitrary arrest or detention and arbitrary interference with privacy; right against discrimination, racial or religious hate.

However, while the aforementioned are general, there are rights aiming at protecting and/or targeting a specific set of people like women, children, the aged, workers, refugees and so on. There are also global, regional, subregional and national laws and bodies established to recognize, defend and protect human rights at various levels.

The trilogy of human rights

Every right has three components: the right, the limitation, and the responsibility. The right component is the exercise or enjoyment of the given right without interference. The limitation component is the reasonable restriction of the same right in the interest of public order, public safety, public health, public morality and the protection of other people’s reputation. The last component, responsibility, is the willingness of the person to own up for anything arising from the exercise of his/her right.

Even at the international level, there are no absolute rights. They are reasonably limited to enhancing sanity, peace and development in every given society. Without laws to somehow restrain the conduct of people and make them take responsibility for their deeds and words, society according to the English philosopher Thomas Hobbes would be “solitary, poor, nasty, brutish, and short.” There will be impunity for gross violation of rights or freedoms.

The missing link in right-based advocacy

Human rights campaigners, defenders or advocates are almost always focused on informing people about their rights, freedoms and privileges which they are at liberty to freely and satisfactorily enjoy without interference, thereby making many feel that their rights are not limited and cannot take responsibility for unlawful issues or occurrences that may emanate from exercising their rights.

This is where right-based advocates are getting it wrong. In poor and unenlightened communities or societies where civics is lacking in the minds of the greater majority, many have imbibed a self-centred right mentality where the rights of others and the orderliness or sanity of society are given little or no consideration.
You will see someone, who has violated the right of another, vehemently asserting that it was his/her right to do or say what he did or said.

Over the years, so much has been poured into human rights advocacy. If human rights campaigners and defenders are to be successful, their advocacies should be holistic.
As you campaign for children’s right to education, equally so inform them about their responsibility to attend classes, take notes, do their assignments, focus on their studies, prioritize learning over everything and respect school authorities.
As you campaign for men and society to respect the rights of women, equally so inform women about the limitations of their rights and the obligations they owe to their husbands, families and society in general.

As you advocate for employees’ rights, equally so enlighten them on their obligations to their employers, workplaces, and society. As you campaign for governments to uncompromisingly protect and defend the rights of citizens, equally so inform citizens on why and how their rights are reasonably restricted. Also, encourage them to honour their obligations to their nations and embody the spirit of patriotism.

The aforesaid are just highlights of the entirety of human rights considerations. Right-based campaigns should give equal prominence to the said components so that people will have a holistic picture of human rights and not just exercise their rights unguided.