How the Murder of Jamal Khashoggi; lessons Could Upend dissent in the World: 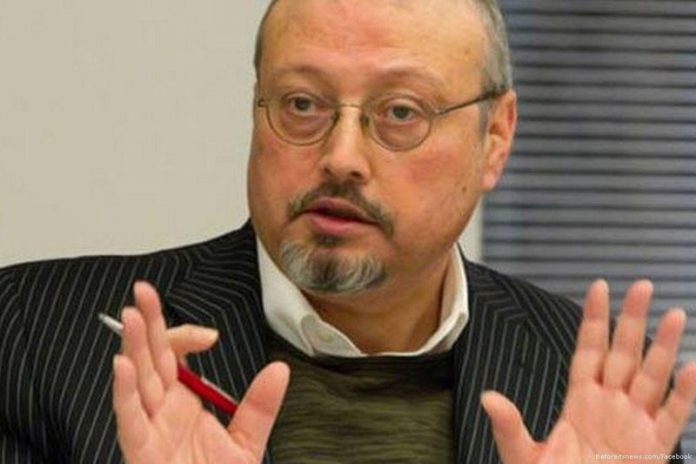 Never trust anyone with your life. America and Saudi Arabia are bosom buddies. They trade in arms (Saudi Arabia is America’s top weapons buyer). They share military intelligence. They watch over each other’s back. America cannot throw their Saudi friends under the bus for the sake of one citizen. President Trump sent Secretary Pompeo to Riyadh to gloss over the matter so that it looks that America are doing something. They are doing nothing. They will do nothing to Saudi Arabia. Had Jamal Khashoggi been murdered in a godforsaken country, say Libya or Suriname, the Pentagon would’ve already dropped bombs and flattened the place. But Saudi Arabia will escape this with a slap on the wrist. Only God can protect you from your friends. Because you already know your enemies.

Technology will not help you when your neck is on the chopping board. Jamal Khashoggi had an Apple watch that was synchronized to his fiancé’s phone. Turkey says the Apple Watch recorded everything that went on inside that torture chamber and was saved in his fiancé’s phone. The gory data was retrieved, but Jamal Kashoggi had already been chopped into pieces. Technology will save you when your back is against the wall. But technology is not Jesus Christ.

We will move on when you die. Jamal Khashoggi was a columnist for the Washington Post. When his disappearance was first reported, the Washington Post protested by publishing a blank column on the paper under his name. The world took attention, White House was under pressure, Turkey was told to get into the consulate and find out what was happening, everyone who was involved in this murder was supposed to have been fired. The Consular General has not been recalled, leave alone being asked to step aside pending investigations. Secretary of State Mike Pompeo is all over the place defending the Saudi Royal family and telling guys to chill. The initial noise is quietening. Reality is hitting home. Nothing will be done. It’s time to move on.