HOMOSEXUALITY: Police Save Weird-Looking Woman from Large Crowd in Serrekunda 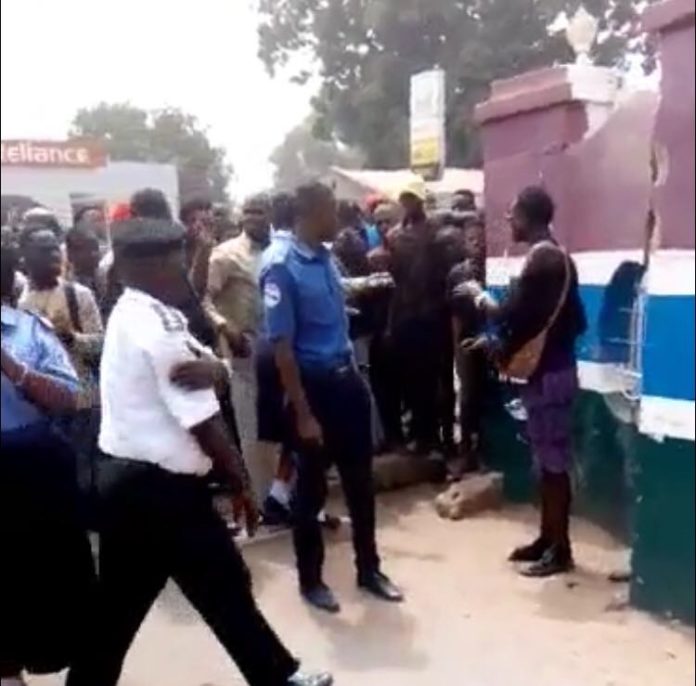 A woman escaped unharmed after she appeared at the Serekunda market looking like a man.

The unidentified woman drew a large crowd on Wednesday after showing up at the Serekunda market looking like a man but dressed and walking like a woman.

“It was around 12 pm when a group of people followed a woman who they mistakenly think was gay. She was nearly beaten but thanks to the good job of the Serrekunda Police Station Station Office and the Paramilitary Officer who intervened to save the woman,” Ndow who furnished The Fatu Network with a six-second video recording of the incident said.

Homosexuality remains criminalised in The Gambia, with a law passed in August 2014 imposing harsher sentences which include life sentences for some homosexual acts.

This law has since been a departure from a previous law which made homosexual acts already punishable by up to 14 years in prison in The Gambia.

Former President Yahya Jammeh called homosexuals vermins and said they should be killed.