‘His name is ‘President No Stress’’: First Lady tells citizens at rally President Barrow is patient man who endures anything one does and calls on Gambians to vote for him in next month’s election 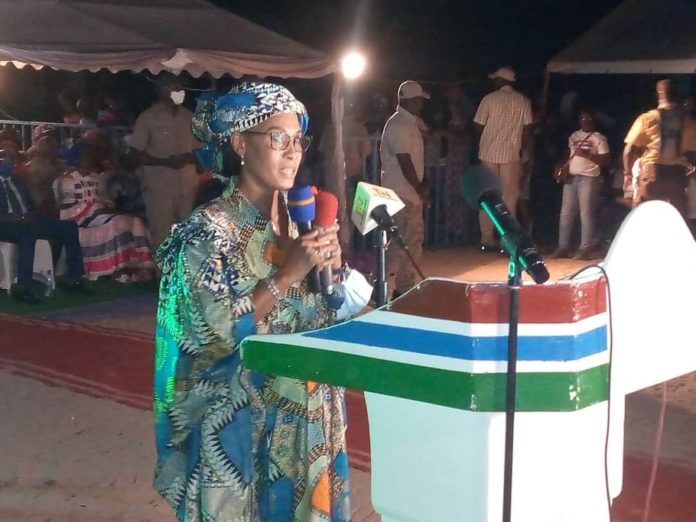 The First Lady Fatou Bah Barrow made a strong case for her husband telling a rally that President Adama Barrow is a patient man who can endure anything one does – and went ahead to ask citizens to vote for him for his second term.

“President Barrow is named ‘President No Stress’. You can do anything and he will be patient and endure it. God made him that way.

“He has shown who he is in the last five years. This gathering is impressive as well as the nomination [of President Barrow]. Let’s turn it all into votes,” the First Lady told citizens at a rally held in Sanchaba on Monday.

The First Lady along with her co-wife Madam Sarjo Mballow Barrow have been meeting voters in the Greater Banjul and West Coast Region amid the presidential election in two weeks’ time.

In Sanchaba, the First Lady promised to bring support to the community’s health centre since health is dear to her heart.

“You have spoken about your health centre. My second home has been the hospital since I became First Lady. We will see what we can do in your hospital InshaAllah,” the First Lady said.