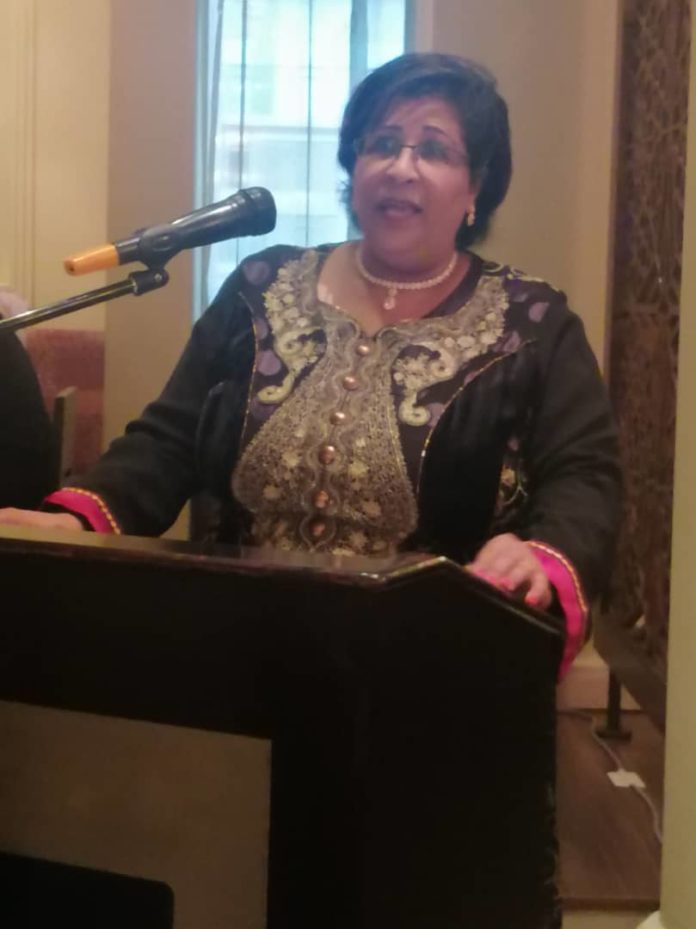 Her Excellency Ramzia Diab Ghanim, Gambian High Commissioner to ASEAN countries on Saturday called on every Gambian citizen irrespective of political affiliation and creed to uphold democracy as a top priority in the rebuilding of The Gambia after two decades of dictatorship and plundering of the country’s economy.

Her Excellency Diab made these remarks on Saturday 23rdFebruary, 2019 while addressing Gambian students in both Jakarta, Republic of Indonesia and in Kuala Lumpur, Malaysia on the occasion of The Gambia’s 54thIndependence Anniversary celebration on the theme “Strengthening The Gambia as an emerging democracy”. 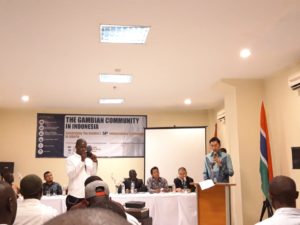 In her keynote remarks as Chief Guest-of-honor High Commissioner Diab noted that the theme of the occasion is significant and is anchored on the backdrop of our new found democracy and independence. She underscored the strong bilateral ties between The Gambia and Southeast Asian countries in the context of history, shared values and current aspirations of our friendly nations. The Gambian High Commissioner also highlighted the role of trade and investments and the potential in the promotion of the economies of the Gambia, Malaysia and Indonesia.

Speaking further, High Commissioner Diab noted that apart from economic interest, the potential to further tighten the social relations of the countries is of great importance in the subsistence of the cordial inter-ethnic relations which she added is critical for people building sustainable and enduring relationships.

High Commissioner Diab reiterated that it is timely for Gambia to discuss on matters of strengthening the country’s emergence as a democratic nation and called on African countries to consolidate their bilateral ties with Southeast Asian nations like Indonesia and Malaysia.

The 54thIndependence celebration in Jakarta, Indonesia which was presided over by Mr. Sulayman Sillah, Financial Attaché of The Gambian High Commission on behalf of the Gambian High Commissioner was attended by the Gambian students, members of the Gambian business community in Jakarta, Dean of the African Ambassador in Indonesia, HE Abdelkader Aziria, Indonesian authorities from the Ministry of Foreign Affairs, Ministry of Research, Technology and Higher Education, Officials of Public and Private Universities in Indonesia.

The event chaired by Modou Jonga, a Gambian student at Universitas Gadjah Mada was punctuated by a video streaming of The Gambia and a poem entitled “I am not from The Africa but The Gambia in Africa” read by Dr. Kebba Bojang at Universitas Brawijaya.

As part of activities marking the 45thIndependence anniversary celebration, a panel discussion was held on Sunday 24thFebruary by Gambian students in Indonesia on the theme “A reflection on The Gambia’s Independence and contemporary issues in the New Gambia from an intellectual and intergenerational perspective”.

It was moderated by Momodou Sowe and Omar Sambou, both students at Universitas Brawijaya.

Mr Raul Yanvierino, Deputy Director for African Affairs, Ministry of Foreign Affairs, Republic of Indonesia has disclosed that the republic of Indonesia is set to have concrete economic cooperation with The Gambia in the sector of Infrastructure and or other strategic sectors that is scheduled to be announced during the Indonesia- Africa Infrastructure Dialogue which will be held in the Indonesian tourist resort of Bali in August, 2019.

Mr. Yanvierino made these remarks on Saturday 23rd February, 2019 on the occasion of the Gambia’s 54th Independence Anniversary celebration held at N1 Hotel Tanah Abang, Central Jakarta. He expressed his strong conviction that the cooperation and cordial relations between the Gambia will be further strengthened for the best benefits of the two friendly nations and wish for a lasting friendship between the two countries.

Mr. Raul Yanvierino on behalf of the Government and the people of the Republic of Indonesia extended best wishes and congratulations to the Government and people of the Republic of the Gambia on the occasion of the 54th Independence Anniversary. Mr. Raul Yanvierino noted with delight that since the establishment of diplomatic relations between The Gambia and Indonesia in 1982, there have been solid improvements of our bilateral relations. Mr. Yanvierino assured that Indonesia is committed to enhance cooperation in areas relevant to The Gambia’s priorities, such as economy, trade, education, fisheries, agriculture, SMEs and women empowerment.

On his part Mr Purwanto Subroto, head of the Directorate of Higher Education, Indonesian Ministry of Research, Technology and High Education expressed delight for his Ministry to be associated with such remarkable event. Mr. Subroto disclosed that over the past decade a significant number of Gambian students has benefitted from scholarship opportunities. Mr. Subroto further tasked the Gambian students to continue to be good ambassadors of their country and promote the ideals of the republic of Indonesia to the outside world.

On his solidarity statement, His Excellency Abdelkader Aziria, dean of the African Ambassadors in the Republic of Indonesia and the Algerian Ambassador expressed his happiness to be invited to grace such a fundamental event in the history of The Gambia. H.E Aziria while describing the event as historic in Indonesia which is organized by citizens of African countries residing in Indonesia, added that the event is a model and pride for Africa and The Gambia. He assured the gathering of his office’s resolve to collaborate with the Gambian community in such future event.

Delivering the welcoming and the opening remarks earlier Mr Sankung Jabbi, representative of the Gambian business community, Mr. Sulayman Colley, President of Gambian students described the event as historic and key in the context of promoting solidarity and mutual cooperation amongst the Gambian community in the Republic of Indonesia.

Mr. Colley noted that the theme of the event should motivate Gambians to play a crucial role in making sure the rule of law is respected and strengthened to yield a better and a prosperous Gambia as we aspire.