‘He turned our honourable office into a brothel’, UDP’s Yanks accuses BAC chairman of sexual abuse 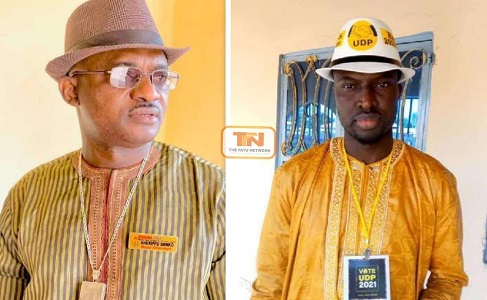 The Deputy Administrative Secretary for Media and Communication of the opposition United Democratic Party (UDP), Yankuba Darboe, has blasted the Chairman of the Brikama Area Council (BAC) Sherrifo Sonko for his incompetence in leading the region’s Area Council, saying the chairman has turned the office into a brothel and allowed corruption to blossom.

Darboe, whose party endorsed Sherrifo Sonko to contest and won the seat in the last local government election but later fell apart, said Sherrifo Sonko is inept and accused his former party mate of turning the office into a brothel where he sexually abused women.

“… Sheriffo Sonko has proven to all that competency and integrity matter in public office. For he’s bereft of those traits, and the consequences have been terrible for West Coast. He turned our honourable office into a brothel, where he preyed on vulnerable women and sexually abused them. I think we have heard his sex audios,” Yanks said.

The lawyer-cum-politician, who affirmed his readiness to vie for the top office in Brikama Area Council under the UDP ticket yesterday, told The Fatu Network that Chairman Sheriffo Sonko has abused his office for far too long and allowed corruption to flourish.
He pointed out that his former ally in the United Democratic Party is unfit for the position, adding that chairman Sonko betrayed the trust conferred on him by those that voted him in.

“He had abused that office for far too long and allowed corruption to thrive. Thus, he is not fit to be in that office for another 5 years and should have the decency not to even contemplate it. He has betrayed the trust and confidence of the people of West Coast,” he stressed.

Sheriffo Sonko, who is now believed to have cross carpeted from UDP to National People’s Party (NPP), is yet to publicly announce if he will seek re-election or leave the office at the end of his term.

The West Coast Region Brikama Area Council Chairmanship election has been predicted by many commentators to be a well-contested battle.

Yankuba Darboe of UDP, Jammeh EK Bojang of UDP and Ahmad Gitteh of NPP are among the people who have publicly announced their aspirations for the seat.