Has our National Assembly failed to meet basic expectations? 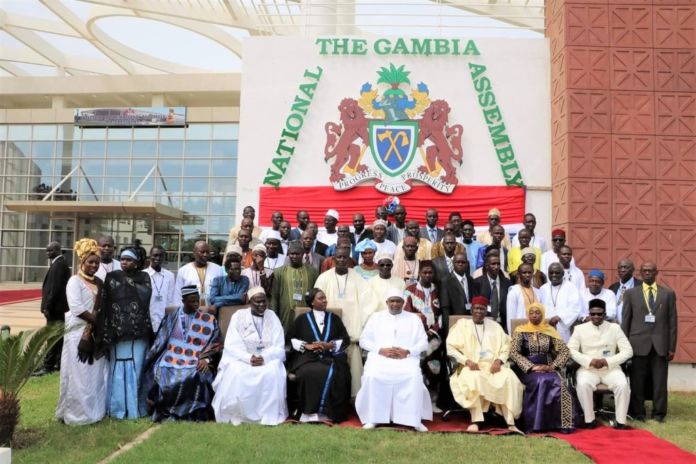 ‘Rubber Stamp’ National Assembly was among the most common phrases used by activists to describe Members of the National Assembly during Yahya Jammeh’s presidency. So, in effecting the peaceful change of government from dictatorship to democracy, we had hoped to usher in a different kind of People’s Assembly that is responsible, responsive and committed to the ideals of robust oversight functions and undoing all the non-entrenched Constitutional provisions inimical to a vibrantly functional democracy.

But it is becoming clear that the Executive arm of government led by President Barrow is not the only branch caught up or appearing unprepared for the post dictatorship challenges. Our National Assembly has so far demonstrated frustrating pattern of below-the-par performance in crucial areas of oversight and legislations.

Arguably, the only recorded time our National Assembly Members successfully introduced a Private bill was when in October of 2017, Minority Leader, Samba Jallow, tabled a motion for the amendment of section 91(d) of the Constitution that allows individual NAMs to still keep their elected seats after they cease to be members of the political of which they were a member at the time of their elections. The haste with which that was done was, among others, to protect their seats and to guarantee them a full five year uninterrupted tenure. None of them, to this day, made any similar move with regards to Public Order Act and many other draconian provisions still in effect. If anything, majority their activities is centered around what the Cabinet assigns them to do including loan ratification, budget approvals and select committee deliberations with little discernible results.

It is a common knowledge that the Barrow administration is replete with sectoral failures. From Agriculture to Health to Education, everything seems to be at a standstill. For example, our government’s glaring failure to incentivize Agriculture is reflected in our farmers’ inability to sell their Produce in a timely, profitable manner. In fact, the lack of availableforces our farmers to look for alternatives by selling their cash crops to petty traders across the border at huge loses. Apart from cosmetic question and answer sessions (mostly prepared in advance) during adjournment debates, our National Assembly Members fail to hold Agriculture authorities accountable for sub-standard results under their purview.

Our children and mothers continue to die from both preventable and treatable diseases at our health facilities due to shocking inadequacies . Yet, most of our National Assembly Members find it both inconvenient and a waste of time to tour these health facilities or to hold Ministry of health and government primarily responsible for the appallingly grim statistics.

I am also not aware of the the National Assembly select committee on education (if there is in fact any) conduct an expert review of our current education curriculum in response to failing grades at primary and secondary institutions.

We have had incidents of National Security implications none of which has attracted assuring, joint public statement or select-commitee investigations. Kanilai and Faraba Banta incidents resulted in the loss of lives of our fellow citizens and no parliamentary inquiry was launched to get us facts surrounding them. In the case of Kanilai deadly protest, Army had promised us thorough investigation but to this day, nothing is heard about it and National Assembly Select Committee on Defense and Security did not bother itself to follow up and hold GAF command accountable.

In a rare or unprecedented move, Gambia Police Force had issued a ballistic license to GACH private security firm leading to importation into our country of over 1,200 ‘hunting’ rifles. It is alleged that some of these guns have high velocity and long range capabilities. Again our National Assembly went radio silence over the matter. Neither IGP nor the Proprietor of GACH was summoned to give honest and verifiable accounts about these guns in reference to their registration, firepower, sales and tracking. It is safe to say that we have a proliferation of these weapons in our communities with secret buyers and users.

Thus, it is convenient to blame President Barrow for what I can best describe as National Quagmire, but it will be wholly unfair and irresponsible to exonerate those we elected and pay to hold him accountable on our behalf.

Our current National Assembly has so far failed the litmus tests in this important transition period and it is right that we take them to task individually and collectively. We should also be prepared to ‘drain the swamp’ by replacing them in 2022 on account of their unsatisfactory performance.

The writer, Zakaria Kemo Konteh, is a political commentator based in the United States.