Harnessing The Skills of Young People Through TVET: Kutejumbulu Foundation Set to Establish TVET In Nuimi 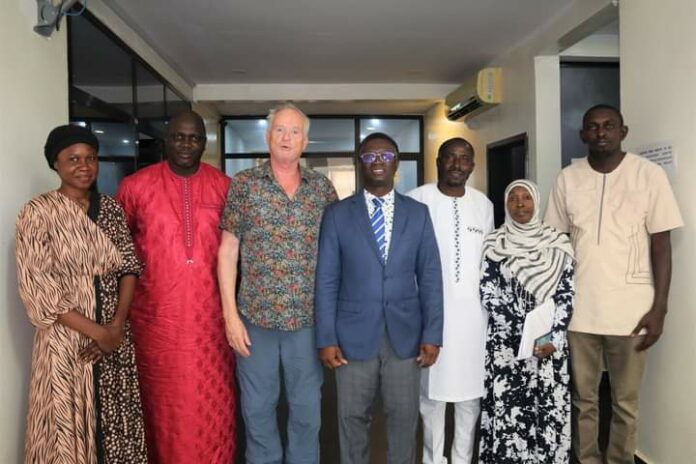 The Ministry of Higher Education, Research, Science and Technology, has announced that the head of Kutehjumbulu/2BaB Foundation, Mr. Gerd Hoffman, visited their office and unveiled their plans of constructing a Technical, Vocational and Education Training (TVET) centre in Jinack Village, Nuimi.

“The proposed TVET centre will provide the youth of Jinack Kajateh, Jinack Niggi and the environment with relevant skills and opportunities for self-actualization for national development,” MoHERST revealed on their page.

The ministry’s release added that the foundation and its partners will be responsible for the construction and equipment of the centre. However, MoHERST will provide them with teachers.

The Kutehjumbulu/2BaB foundation has already established an upper and senior secondary school as well as a health care centre in Jinack. According to MoHERST, after graduating the first batch of senior school students, the foundation now wants this centre to provide livelihood skills for the graduated students from the school.

Earlier this week, the Minister of Higher Education, Research, Science and Technology, Honourable Professor Pierre Gomez, told the Fatu Network that his ministry is making a paradigm shift in the country’s Higher Education system by investing in TVET. He pledged that the government would establish TVET centres in every region across the country.

On this salient initiative, he assured the foundation of his ministry’s support, noting that Jinack will not be forsaken in national development.

According to the ministry, the honourable minister was pleased with the initiative.

The Permanent Secretary of MoHERST, Dr. Yusupha Touray, instructed the foundation to get an interim authorization from the National Accreditation and Quality Assurance Authority.