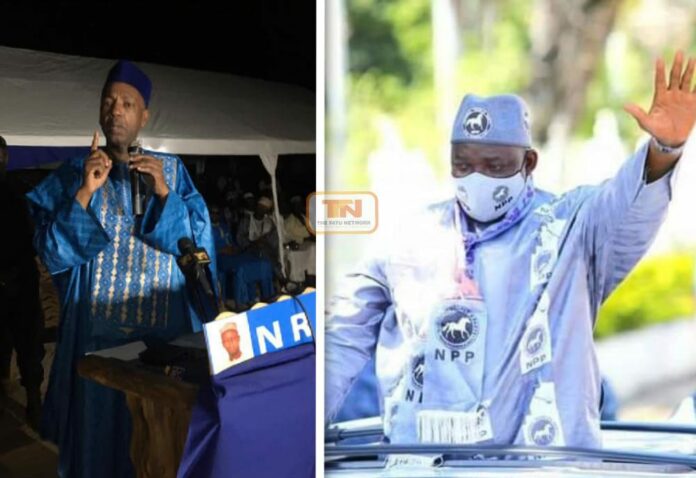 The National Reconciliation Party (NRP) will never contest for the Presidency as long as the president of the Gambia and party leader of the National People’s Party (NPP), Adama Barrow throws his hat into the ring, said Hon. Hamat Bah, the party leader and Secretary-General of NRP.

Bah, who also serves as the Minister of Tourism was speaking at the Party’s Biennial Congress in Sare Bojo, Jimara Constituency, URR on Thursday 29th December 2022.

“We will support Adama Barrow even if he wants a third term. And I pledged never to contest against Adama Barrow. But other than Adama Barrow, let nobody have any illusion that we will mortgage this party, or our desire to be president to anyone,” Hamat Bah told delegates and militants.

He told the gathering that the party is stronger now than before and is committed to leading the Gambia subject to Barrow’s intention to contest.

Barrow came to power through a coalition in 2016 to end the 22-year rule of the former President, Yahya Jammeh.

He later formed his party, the National People’s Party and won the 2021 presidential election, securing his second term in office through the help of NRP and other parties that joined him.

The NRP, arguably instrumental in Barrow securing a second term, holds that Barrow is the best to serve as president for this country.

“And I’m urging all NRP militants to make sure that this coming local government election, we do not contest against NPP in any form at any part of the country,” said the party leader, warning that anyone who goes against this would be making what he called a “fundamental mistake.”