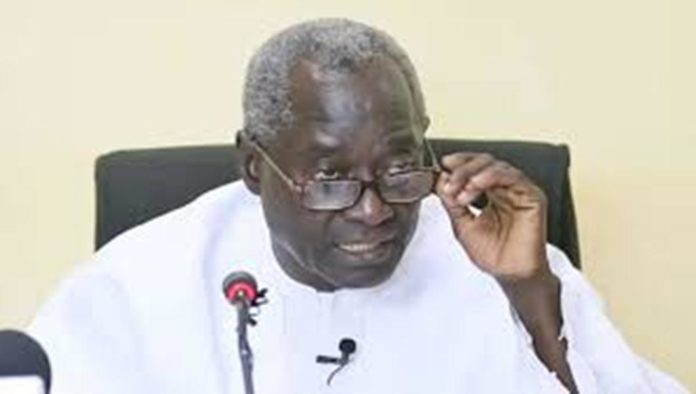 Defeated PDOIS leader Halifa Sallah has announced the end has come for him in terms of seeking political office.

The PDOIS leader once again proved his unpopularity at the poll after coming fourth place in Saturday’s poll. He got less than 35,000 votes.

Speaking to reporters Monday, Mr Sallah said: “For me, that is the end in terms of representation but that’s not the end in terms of my love for the country. You will hear my voice louder, firmer and more determined to ensure that the forces of ignorance are defeated.”

Share
Facebook
Twitter
WhatsApp
Linkedin
Viber
Previous article‘I will not do it, I own myself’: Mamma Kandeh says he still rejects election result as he speaks
Next articleLAMIN NJIE – OPINION: If politics was religion, Halifa Sallah would be first to enter heaven. As he bows out, I can only thank him for his loyalty to nation