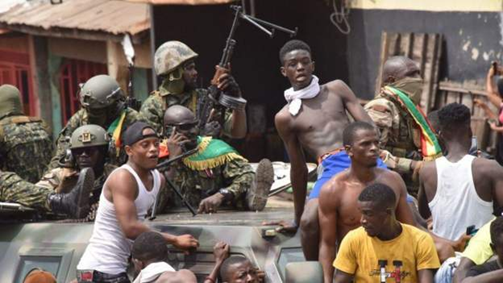 Guinea’s main opposition leader says more than 100 of the country’s political parties will present a joint demand for a return to civilian rule to the military junta that seized power in September.

Cellou Dalein Diallo told a news conference that the Collective of Political Parties had agreed a timetable for a political transition.

It suspended Guinea from the regional bloc after President Alpha Condé was deposed in a coup nearly four months ago.

On Monday the United States dropped Guinea, along with Ethiopia and Mali, from a Africa trade preference agreement over human rights concerns.