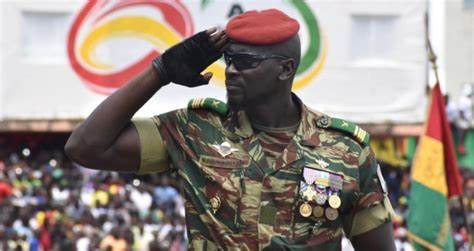 Guinea’s military junta has barred its members from running in the next elections that will mark a return to civilian rule.

It came as the junta announced on Monday a transitional charter that confirmed military leader Colonel Mamady Doumbouya as the president following the coup earlier this month.

The charter also provides for a government headed by a civilian prime minister and a national transitional council that will temporarily act as a parliament.

The council will have 81 members drawn from society including business leaders, political parties, religious organisations, diplomats and professional organisations. They are also barred from running in the next local or national elections.

At least 30% of the council members must be female, and will include a president and two vice-presidents.

The council will decide on the length of the period in which it will govern before an election can be held to usher in a democratic government.

The junta has been holding talks in recent weeks with people from all walks of life to build a consensus on the country’s future – including a time-frame for a return to civilian rule.

An elite military unit headed by Col Doumbouya seized power on 5 September, accusing the government of mismanagement and corruption.