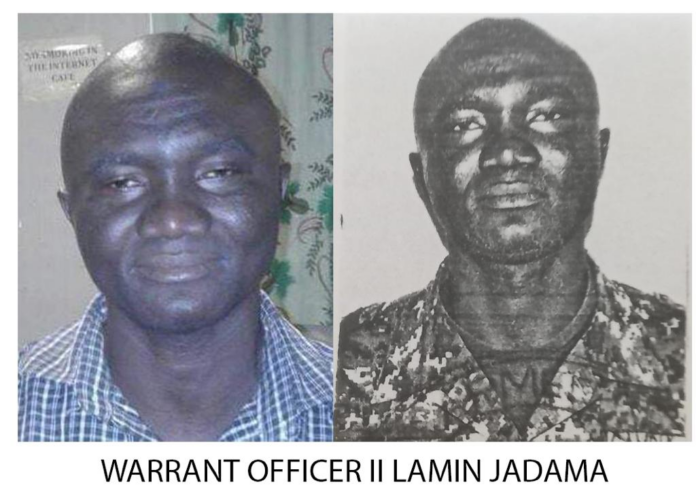 Army personnel Warrant Officer Class Two (WO2) Lamin Jadama has been declared by the government “a treasonous fugitive from Justice.”

This is according to a government press release dated 7th January 2023, signed by government spokesperson Ebrima G. Sankareh.

“Following the recently foiled coup plot, The Gambia Government hereby declares Warrant Officer Class Two, Lamin Jadama a treasonous fugitive from Justice. Jadama, among a dozen soldiers and some civilians who conspired to overthrow the democratically elected Government of President Adama Barrow, has since eluded the authorities and presumably fled the jurisdiction,” the press release stated.

The government notified citizens, residents and members of the Diplomatic and Consular Corps that Warrant Officer Class Two, Lamin Jadama, is wanted in connection with a failed coup plot to overthrow a constitutionally elected government and as such, should be reported to the nearest police or security post.

The government also shared pictures of WO2 Lamin Jadama for what it called “proper identification.”

On Friday 6th January 2023, The Gambia Government charged Jadama and seven of his colleagues (eight soldiers) of The Gambia Armed Forces with two counts of “Treason and Conspiracy to Commit Felony.”

The government press release noted that investigations are ongoing, assuring that the public would be notified accordingly as things unfold.