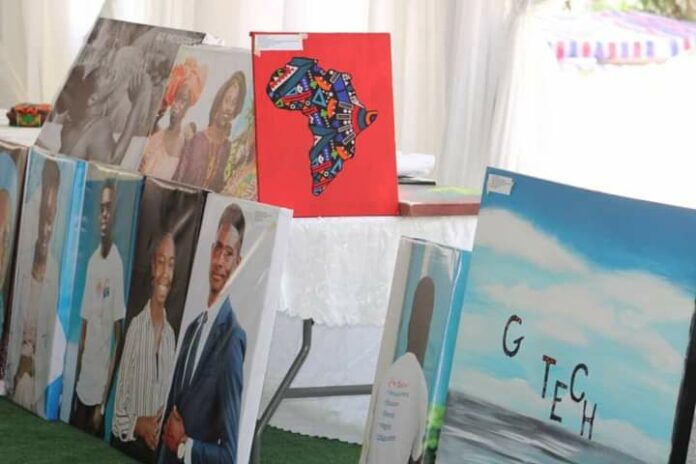 With the advancement of so many young people in the country getting into the creative art industry, self-taught Aji Ndumbeh Jobe, a young painter, has called on the state authorities to establish creative art schools in the country where young Gambians will be taught the basic tenets of the arts at an earlier age.

Aji told The Fatu Network that the country is endowed with young stars in the creative industry doing things on their own, and thus providing them with creative art schools will help young artists coached in their area of interest and make them better artists.

“There should be an investment in the creative arts. There is no school of arts in the country that anybody will tell you he or she learned these things. The government should establish creative art schools so that young people who have the passion can start at an earlier age than waiting until they are 18 or 19 years,” she asserted.

She further elucidated that it makes no sense to be learning other things in school when one actually wants to be in the creative industry.

“Why teach me political history when I would like to become an artist? I will prefer you tell me how a painting is done, how photography is done since I want to be in the creative industry,” she said.

According to her, most artists in the Gambia are self-taught; they learn everything by themselves or through watching certain things on the internet.

She called for support for those in the creative arts. She said that most support for the youths is always on the tech aspect, thereby neglecting the area of creative arts. Last month, Ismaila Saidybah, a young prolific writer and author of two books, equally told TFN that the government of The Gambia through the National Centre for Arts and Culture should invest in the creative industry to help encourage young brains in the country.