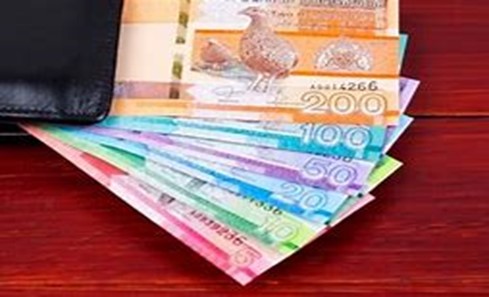 Edrisa Janko, a teacher at Model Senior Secondary school in Busumbala said the government has always been discriminating against teachers in terms of remuneration.

Mr Janko’s statements are a result of the Revised Estimated Budget which was tabled by the Minister of Finance and Economic Affairs, Seedy Keita in the first extra-ordinary session in the 2022 Legislative Year seeing a 30% Salary Increment in the Civil Service.

Mr Janko further states that 30% of his basic salary is D1000 dalasis. He said when compared to the basic salaries of the President, Ministers and some top government officials, 30% of their basic salaries are more than his annual wages.

He said this 30% increment is making the rich richer and the poor poorer.

In the same vein, Ebriama KB Sonko, a teacher, also laments the 30% increment while expressing disappointment.

“What I was expecting was a massive payment, that’s what the government promised but what I ended up getting is a D1,500 salary increment when we have markets where prices of goods and commodities are skyrocketing.

one that will uplift the living standards of the civil servants. That’s what Adama Barrow and his government promised Gambians, not salary increments,” he stressed.

Modou Jawo, also a teacher, described the 30% increment as a means of gaining political points.

“I am disappointed because the scale and structuring that was widely circulated were just meant to sugar-coat a political ambition or for political gains.”

Mr Jawo added that the impact of this percentage increment is nothing but a very negative one.

Stating that, the prices of food and house rent have been increasing in triplets because the expectations were that, the July salary will rescue and uplift a little burden on all especially the civil servants and those dependent on them. But all was camouflage or a total scam. A betrayal of trust and all hopes shattered, he lamented.

He stresses that all promises made about the increment were all false.

“My expectation was really huge. This was a result of the lies that were circulated to all media outlets. From new pay scale proposals with huge amounts, PMO reviews, parliamentary reviews, executive approval and the likes were all tantamount to zero and senseless wastage of state resources on meaningless workshops, seminars, and training on the new grading and pay scale restructuring. Where has it taken us? To the bin.”

Modou Jawo finally said, he had no hopes and does not pray to serve the system for even another year.

Mrs Ramatoulie Gaye, another teacher, said the 30% increment cannot solve the least of her problems.

“D900 is being added to my salary, I was hoping that this increment would change the living standard of teachers, but to tell you the truth, this increment cannot solve the least of my problems.”

Mrs Gaye said she has been teaching for 30 years, coping and hoping that change would come. In her view, teachers are the least important when it comes to the government.

On the other hand, Fatou Mbaye Sarr said she is content with the D500, which is being added to her salary.

“For me, the money is not the issue but the attitude of the government towards the teaching field, teaching is by far the most important profession but little or no respect is accorded to us. A proper structure and standard pay which was promised to us but what we received is a totally different thing.”