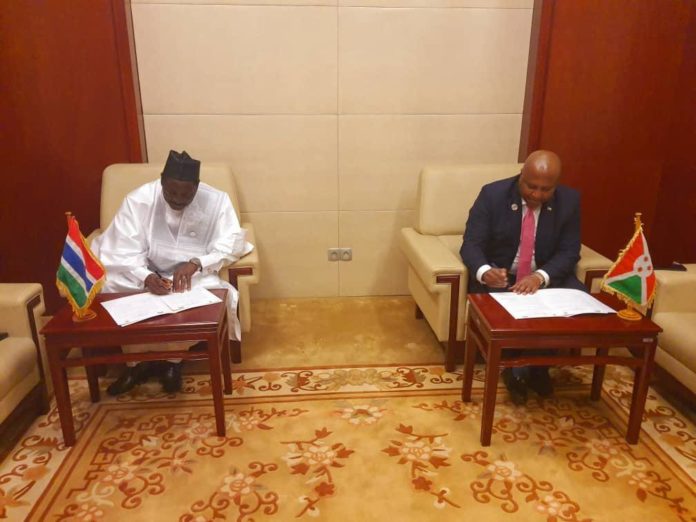 The Ministry of Foreign Affairs has announced that government has signed a joint communiqué on the establishment of formal diplomatic relations between The Gambia and Burundi.

The joint communique was signed by officials of the two countries on the margins of the 39th Ordinary Session of the Executive Council of the African Union held on 14th and 15th October, 2021 in the African Union Headquarters, Addis Ababa, Ethiopia, a statement by the foreign ministry said on Wednesday.

“The two Ministers applauded this momentous development and described it as a strong commitment to jointly pursue opportunities both bilaterally and through the joint membership of multilateral institutions, for the benefit of the peoples and governments of the Republic of The Gambia and the Republic of Burundi.

“The two Ministers agreed to put in place the requisite political and institutional mechanisms towards the realisation of a vastly expanded bilateral relationship between the Republic of The Gambia and the Republic of Burundi.

“The signing ceremony was witnessed by H.E. Ambassador Jainaba Jagne, Permanent Representative to the African Union.”