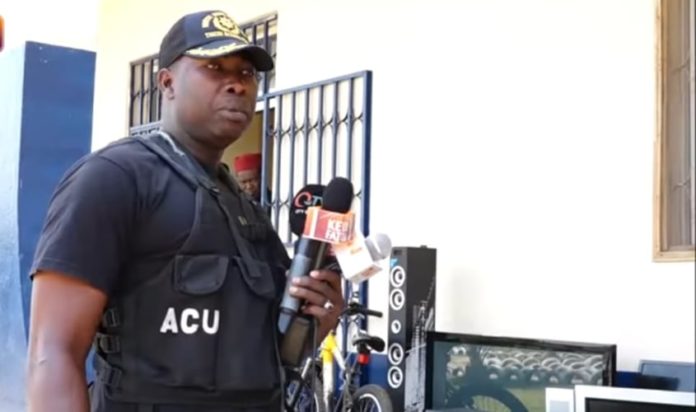 The National Human Rights Commission said on Tuesday it has written to the Inspector General of Police asking for explanation over handing back leadership of police anti-crime to Gorgi Mboob.

“We have written to the IGP asking for an explanation. We await him to tell us,” Emmanuel Joof the head of the NHRC told reporters on Tuesday.

Gorgi Mboob’s career as a police officer was thrown into serious uncertainty after he hit detainee Ebrima Sanneh on his genitals. The cruel act last year saw him removed as head of anti-crime and shipped to Farafenni.

His return to the anti-crime last month has however come as surprise to a lot of Gambians.