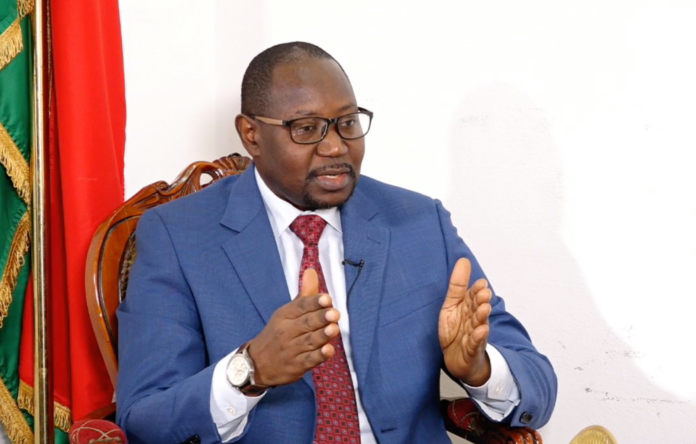 Leader of Gambia Moral Congress Party Mai Ahmad Fatty has said any attempts by government to lock down the country after President Barrow’s nationwide tour will not be accepted.

Speaking exclusively to The Fatu Network, the former top adviser to the president said the constitutionally mandated nationwide tour has been turned to an NPP campaign tour, where thousands of people were gathered during this COVID period, showing blatant disregard to the regulations put in place by government and the World Health Organization.

The GMC leader added that his party has throughout this period suspended all political activities due to COVID-19 restrictions and will therefore not respect any law to be reintroduced by government after breaking their own.

‘’And let me inform the Gambia government that the President went round on a campaign tour, an NPP political campaign tour throughout the country and we have seen hundreds, and in some cases few thousand people gathering regardless of COVID. If they invoke any law to reintroduce the COVID regulations where there will be no political meetings, we are not going to respect it because we will know it is political,” Fatty said.

The world in recent weeks have been confronted with a second wave of the novel coronavirus with countries like the United Kingdom seeing a dramatic surge in cases. The former Barrow Adviser warned that Gambia’s Health Ministry must not artificially inflate the number of COVID cases to give the President what he described as ‘fraudulent artificial advantage’.

The GMC leader said: “They cannot allow the President to go around the country regardless, as if we are in no COVID period. The President is ready with his campaign tour and now they want to constrict us by artificially inflating the COVID cases. When we have two cases, they say ten cases. I believe what we have is political.

Share
Facebook
Twitter
WhatsApp
Linkedin
Viber
Previous articleWhere is Outrage from The Gambia gov’t on the 4 Billion Dalasi Cocaine Seizure?
Next articleTraffic chaos at Senegambia Bridge as truck falls on its side – as GPA scrambles but also asks travellers to use Banjul-Barra