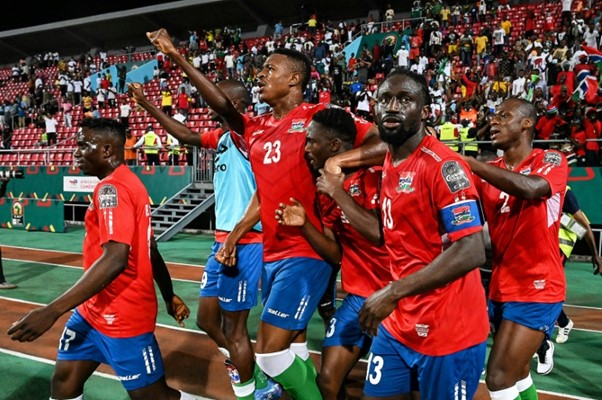 Following comments made by the head coach of the Scorpions, Mr. Tom Saintfeit’s about Team Gambia’s accommodation at the Hotel La Vallee de Bana at a pre-match press conference at the Tagidor Garden Resort, The Gambia Football Federation (GFF) has made some clarification for better understanding of the said submisssions of Saintfeit and apologized to organizers of the competition and the Confederation of African Football (CAF).

“Mr. Saintfiet was responding to a question posed by one of the reporters regarding the team’s accommodation. The Coach was quoted to have said in the media that six players are sharing a room in the height of a global coronavirus pandemic. However, what the Coach meant to say was that at the aforesaid hotel, there are apartments and in one of the apartments, there is one main entrance with three separate rooms with two players in each of the rooms with all six of them forced to share single toilet and bathroom,” GFF explained.

“He was raising concerns that in a tournament where CAF rules states that if one player tests positive for Covid19, his roommate will automatically miss the upcoming game that the roommate tested positive for. Thus, for six players to share one sanitation, therefore, risks the health of the players concerned. In this regard, the coach’s remarks were taken out of context and he did not in any way insinuate that six players were sharing one single room,” Gambia’s football governing body stated.

The GFF further clarified that just as in the case of Cape Verde, who are sharing the same hotel with us, Malawi, Burkina Faso and Zimbabwe before us, except for four officials, players and staff are all sharing two persons to a room with one single bed, adding that CAF has made the same arrangements for all National Teams participating in the 2021 Total Energies Africa Cup of Nations and no one team is treated better than the other.

“Also, contrary to a report where the Coach was purported to have admitted to the Cameroonian authorities this evening that what he said at the press conference wasn’t true. We wish to clarify, in no uncertain terms, that up to the time that we released this press release, Mr. Saintfiet hasn’t spoken to any medium or individual about the matter apart from what he had already said at the aforesaid press conference. Thus, the quotes attributed to him are false,” it emphasized.

The GFF said it would like to apologise to the Local Organising Committee and the Confederation of African Football as well as any party or individual who may have been offended by the remarks of the Coach. Neither the Coach, nor the Federation, have any intention of sabotaging the organisation of a competition where we’ve sent a signal to the entire continent and the world that we’re a force to be reckoned with.