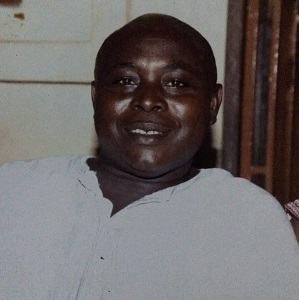 “It is a blessing to die for a cause, because you can so easily die for nothing” (Mr. Andrew Young, Civil Rights Leader, USA)

The cause Mr. Solo Sandeng (affectionately called Solo) died for was the noblest of all; fighting to liberate your country and people from the clutches of an oppressive dictatorship that prides itself in causing maximum harm to fellow citizens. It was on the 14th of April 2016 that Solo led a small group of fellow citizens to demand electoral reform, so as to create a level playing field for the forthcoming 2016 presidential elections.

The reaction of dictator Yaya Jammeh and his henchmen was swift and predictable because that was his modus operandi, which was arresting and torturing the brave iconic youth leader to death. This led to a cascade of events ending in the defeat of dictator Jammeh, and his eventual exile to Equatorial Guinea.

Unfortunately, Solo would not be alive to enjoy that watershed moment of joy in Gambian history, which he selflessly helped to bring about. GFA joins the Gambian nation in saying thank you to Mr. Solo Sandeng for the ultimate sacrifice he made for your country.

It is noteworthy that the funeral ceremony will start at the now-renamed NEVER AGAIN SQUARE. This, we hope, will be a poignant reminder to the current authorities that Gambians are determined not to return to the bad days of dictatorial rule. And also remind them that we view with deep concern, the undemocratic tendencies being displayed of recently; including the unexplained arrest, detention, and subsequent release without charge of political opponents, as well as the inappropriate use of paramilitary forces to quell peaceful gatherings.

These are the kind of incremental steps that brought us the nightmare of the Jammeh dictatorship. We would like to stress that the Gambia For All will always side with law-abiding Gambians determined to exercise their democratic rights.

GFA would like to take this opportunity to extend our sincere and deepest condolences to the family of Mr. Solo Sandeng, and the entire Gambian nation, not forgetting the many other brave Gambians that lost their lives in the struggle to rid the country of a vile dictator.

MAY THEY ALL REST IN PEACE

Share
Facebook
Twitter
WhatsApp
Linkedin
Viber
Previous articleNenneh Gomez – It’s a shame we are still talking about those things Solo sacrificed his life for
Next articleTeenager in hospital after being pummelled by mob; mother seeks support for treatment